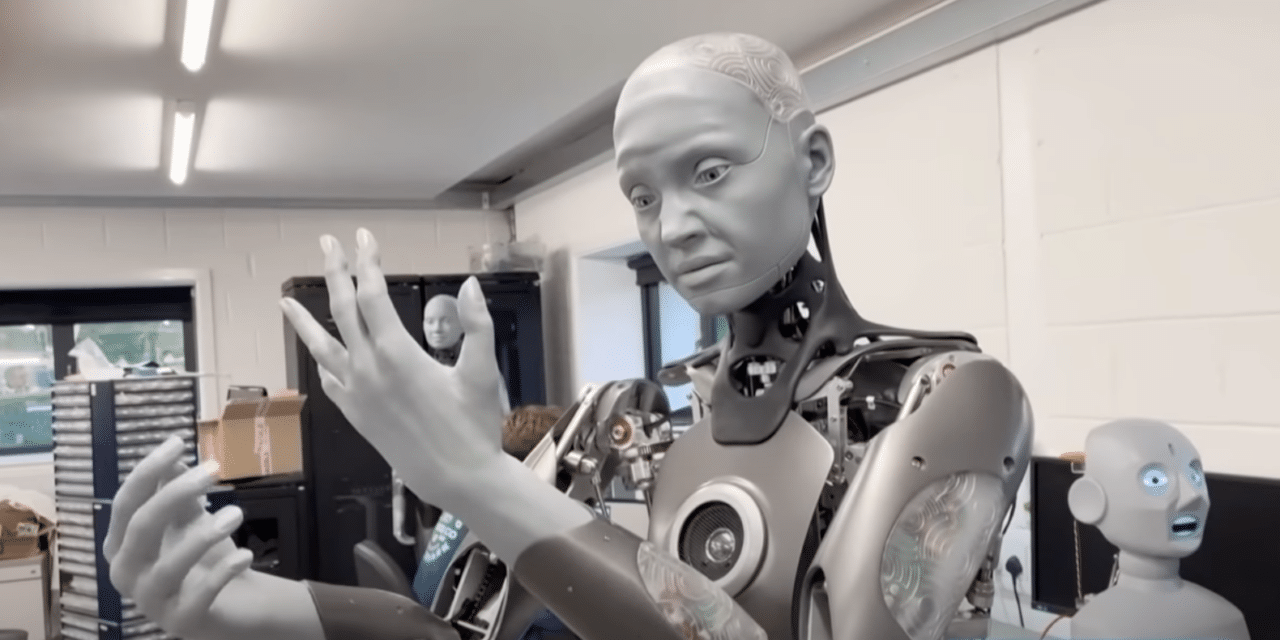 It may bear a somewhat uncanny resemblance to the terrifying creation in the Will Smith blockbuster I, Robot. But this machine is actually real and has been billed as the ‘world’s most advanced’ humanoid. Named Ameca, it was created in a British lab and has eerily realistic movements and facial expressions.

Cornwall-based Engineered Arts, which brands itself ‘the UK’s leading designer and manufacturer of humanoid entertainment robots’, unveiled the machine on YouTube with much excitement. Many viewers expressed their amazement at how realistic and human-like the machine is.

One user wrote: ‘I know we’re supposed to be scared of AI, but this is the first gynoid that hasn’t creeped me out. It’s pretty cool.’ Another said: ‘It’s the eyes. People take for granted how important eyes are when it comes to something looking alive.

‘The rapid movement, the focus, the blinking, the attention they seem to pay to whatever is grabbing their attention.’ A third added: ‘I seriously thought this was CGI at first. Great work! The hands look really well done too.’

Some people compared Ameca to the NS-5 series from I, Robot, a 2004 science fiction film starring Will Smith that sees intelligent robots fill public service positions in a dystopian world. In the clip, the robot is seen warming up its shoulder, before opening its eyes and expressing a rather convincing look of shock or surprise. It even blinks multiple times and observes its machine arm with curiosity. FULL REPORT