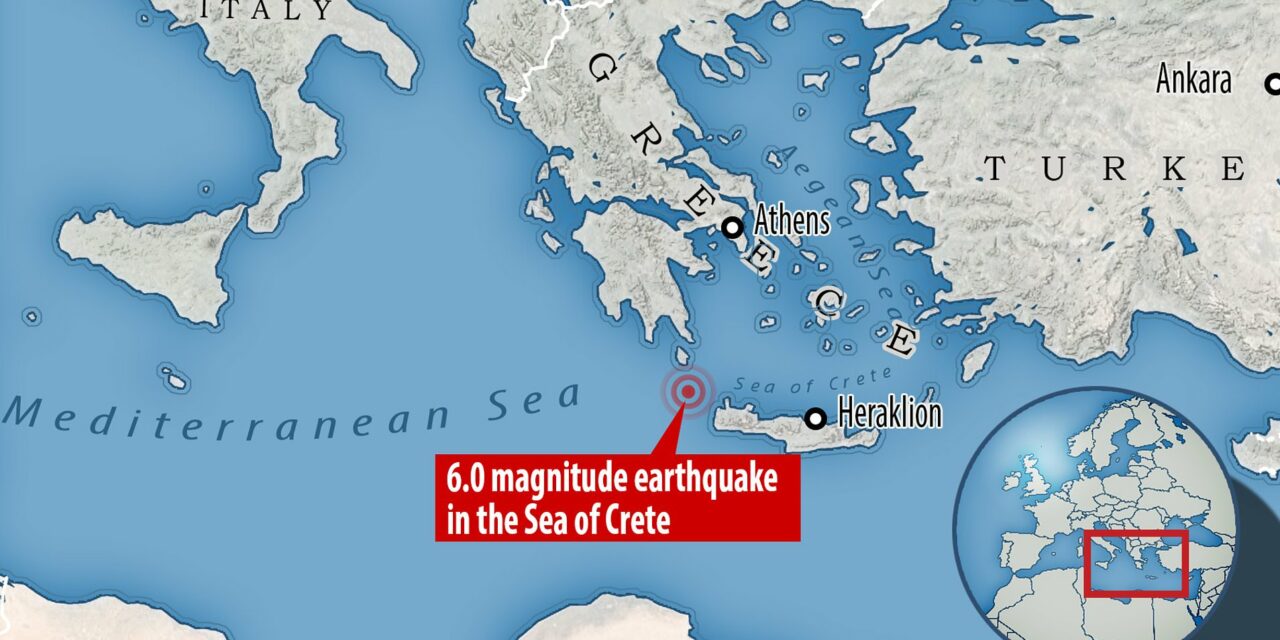 On Wednesday morning, a 6.1 magnitude earthquake shook the Greek Island of Crete. The quake was felt as far away as Israel. No injuries or damage were reported.

On October 12, a powerful magnitude 6.3 earthquake rocked Crete, two weeks after another tremor on the island killed a man and damaged hundreds of buildings. The island of Crete is referred to in the Bible as Caphtor (Amos 9:7, Jeremiah 47:4).

Though no catastrophic earthquake has been recorded in Crete, a cataclysmic volcanic blast that took place at approximately 1627 BCE and 1600 BCE in the nearby island of Thera was one of the largest volcanic eruptions in the last 4,000 years.

According to Express, An earthquake of magnitude 5.7 struck Crete, Greece, on Wednesday, the country’s Geodynamic Institute said. There were no immediate reports of injuries or damage. Egyptian authorities reported the quake was felt in some of the country’s cities.

Akis Tselentis, director of the Geodynamic Institute who was in Crete, told Greece’s Skai TV: “I felt it.” Thankfully it was in the sea. The area is already burdened (with earlier tremors) and if it were inland there could have been damage,” he said.