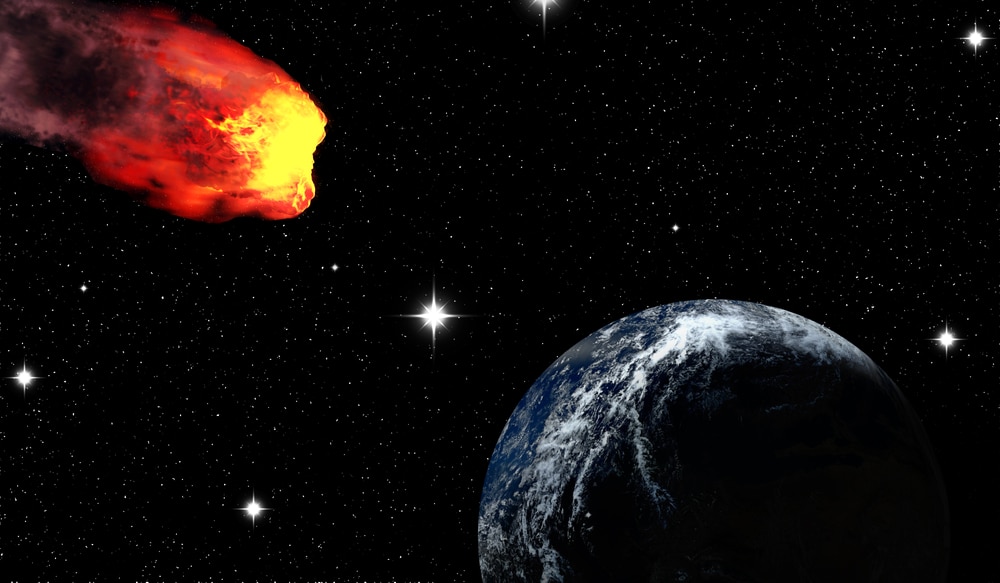 When the stadium-sized asteroid 99942 Apophis comes uncomfortably close to Earth on April 13, 2029, a team of South Korean scientists hopes to greet it in space and bring a sample back to Earth according to CNET.

Apophis is classified as “potentially hazardous” due to its proximity and size. Earlier this year, NASA ruled out the possibility that the asteroid poses any threat of colliding with Earth when it passes closer to us than the ring of large communications satellites in geostationary orbits.

According to MSN News, Still, scientists see a rare opportunity to study such a large body and also conduct a planetary defense exercise that will be as close to the real thing as humanity has ever seen.

The Korean plan involves approaching Apophis in January of 2029 before it makes its close pass above us. A spacecraft that would launch from Earth in late 2027 would basically accompany the asteroid as it whips by our planet.

The plan is to observe and map Apophis the whole way to look for possible changes in its structure as a result of its close encounter with Earth and our planet’s gravitational forces. “When the gravity has the greatest impact on the asteroid…

I think we will have real-time data from the asteroid,” explained Young-Jun Choi from the Korea Astronomy and Space Science Institute, who presented the plan at the Korea Space Forum on Monday. “For example, earthquakes or landslides happening on the asteroid.”