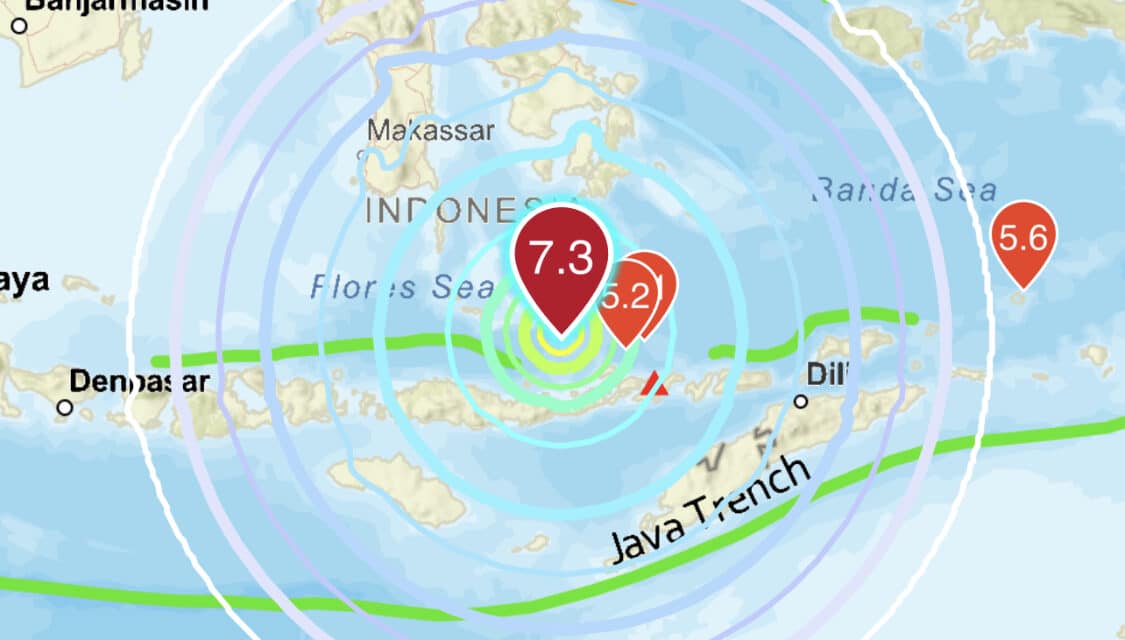 (DEVELOPING) A powerful 7.3-magnitude earthquake has reportedly struck eastern Indonesia on Tuesday, according to the US Geological Survey.

According to France 24 News, there is the possibility of hazardous tsunami waves being generated from this quake.

The Pacific Tsunami Warning Center said “hazardous waves are possible for coasts located within 1,000 km (600 miles) of the quake epicenter.”

DW stated that the USGS said there was a small chance of casualties from the earthquake.