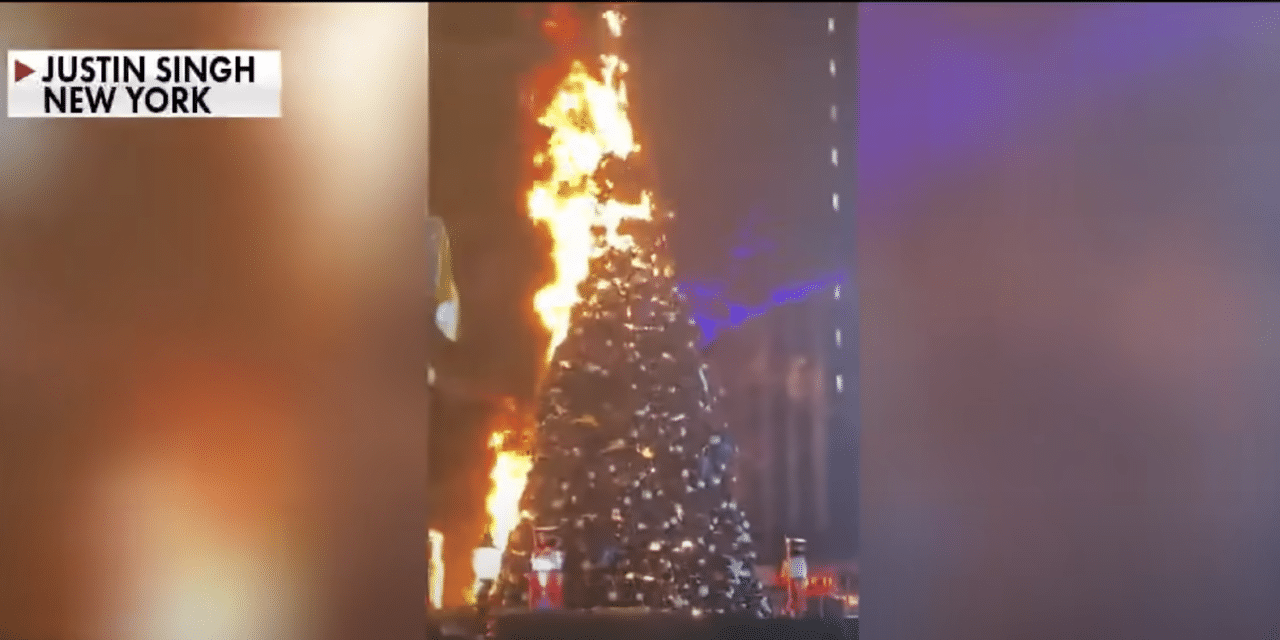 A large Christmas tree outside Fox’s Midtown headquarters was set ablaze early Wednesday by an arsonist who was quickly taken into custody according to ABC7NY.

The 50-foot tree on Sixth Avenue went up in flames just before 12:15 a.m., and heavy flames then spread to smaller decorated trees in the display. Police say the 49-year-old suspect climbed up “the metal superstructure” — the tree is an artificial sculpture that is shaped to look like a tree — lit papers he brought with him on fire and shoved the papers into the tree structure.

NBCNY reported that Police say the man acted alone and the incident didn’t appear to be premeditated or politically motivated. Charges against him are pending. No injuries were reported in the incident.

The News Corp. building on Avenue of the Americas just celebrated the Christmas tree on Sunday. It’s filled with 10,000 glass ornaments, 100,000 lights and it took over 21 hours to put together. Crews were later seen taking down what was left of the tree.