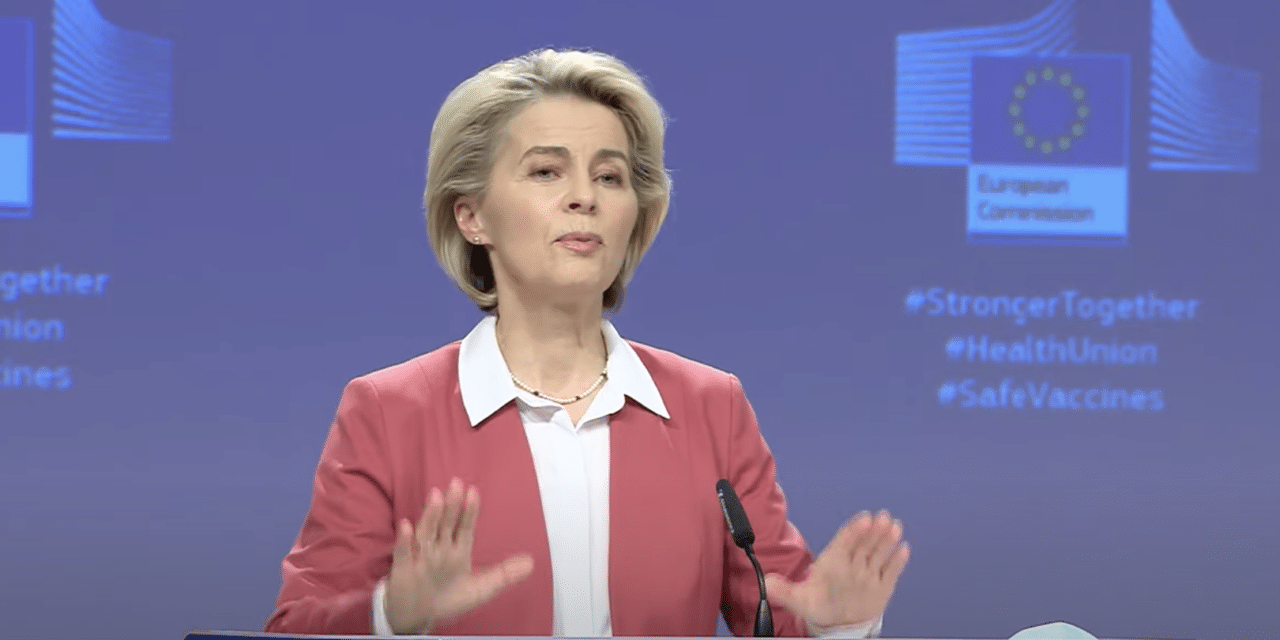 It is time for the European Union ‘to think about’ making Covid vaccines mandatory across the entire bloc, Ursula von der Leyen has said as the continent battles a winter wave of virus amid fears about the Omicron variant.

The EU Commission President, speaking in Brussels, said it will ultimately be up to member states to decide their own vaccine rules – but it is her ‘personal opinion’ that the time is right to discuss forcing people to get jabs. ‘We have one-third of the population which is not vaccinated.

This is 150million people – that is a lot. Not each and everyone could be vaccinated… but the vast majority could,’ she said. Ms Von der Leyen’s comments come after Austria announced plans to make vaccines mandatory for all eligible citizens by February, with an aide to incoming German Chancellor Olaf Scholz saying yesterday that he wants to follow suit.

Europe is currently in the midst of a wave of Covid cases that has seen restrictions return across the continent amid fears of another Christmas spent in lockdown. Adding to those fears is the emergence of the new Omicron variant which is thought to be more infectious than the Delta strain, and has been detected in Europe.

Ms. Von dey Leyen was speaking at a press conference to discuss what measures the EU is taking to combat these dual threats. She said the European Union has enough booster shots for every fully vaccinated adult to get one, urging people to take it within six months of their last jab.

Pfizer vaccines will also be available for children as young a five within the next two weeks after the European medical regulator approved it, she added. Measures such as masks, hand hygiene and social distancing are also being used she said, but ‘full vaccination and boosters provide the strongest protection against Covid that is available now.’ READ MORE