Bill Gates says ‘the worst part of the pandemic’ is COMING 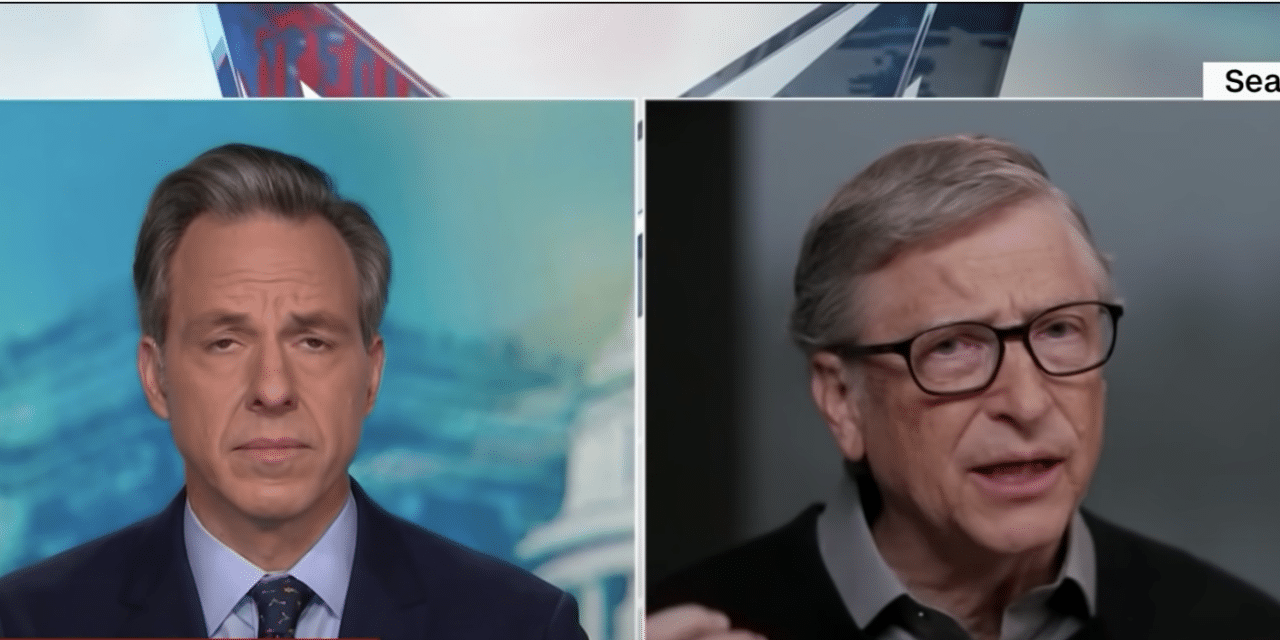 (OPINION) Bill Gates said he called off his holiday plans as the omicron variant ushers in what he predicts could be the “worst part of the pandemic.” According to Protocol, He also predicted, however, that the current surge in COVID-19 cases could be over within months, and the pandemic itself may end next year “if we take the right steps.”

“Just when it seemed like life would return to normal, we could be entering the worst part of the pandemic,” he tweeted on Tuesday. “Omicron will hit home for all of us. Close friends of mine now have it, and I’ve canceled most of my holiday plans.”

In his thread, Gates said the omicron outbreak could be the worst so far in the pandemic because of how quickly it spreads. He urged people to wear masks, avoid large indoor crowds and get the COVID-19 booster shot. “Omicron is spreading faster.

Insider stated that Gatessaif that “The next four to six months could be the worst of the epidemic,” Gates said during an interview with CNN’s Jake Tapper on “State of the Union.” Gates’ outlook echoes what public-health experts have been saying for months now, as this winter surge of cases is likely to be the deadliest yet. ”

If we would follow the rules in terms of wearing masks and not mixing, we could avoid a large percentage of these deaths,” Gates added. “In the near term, it’s bad news.” Gates has long been sounding the alarm about a pandemic, including in a 2017 op-ed for Business Insider in which he wrote that “a fast-moving airborne pathogen could kill more than 30 million people in less than a year.” (For reference, the global death toll for COVID-19 is 1.9 million.)