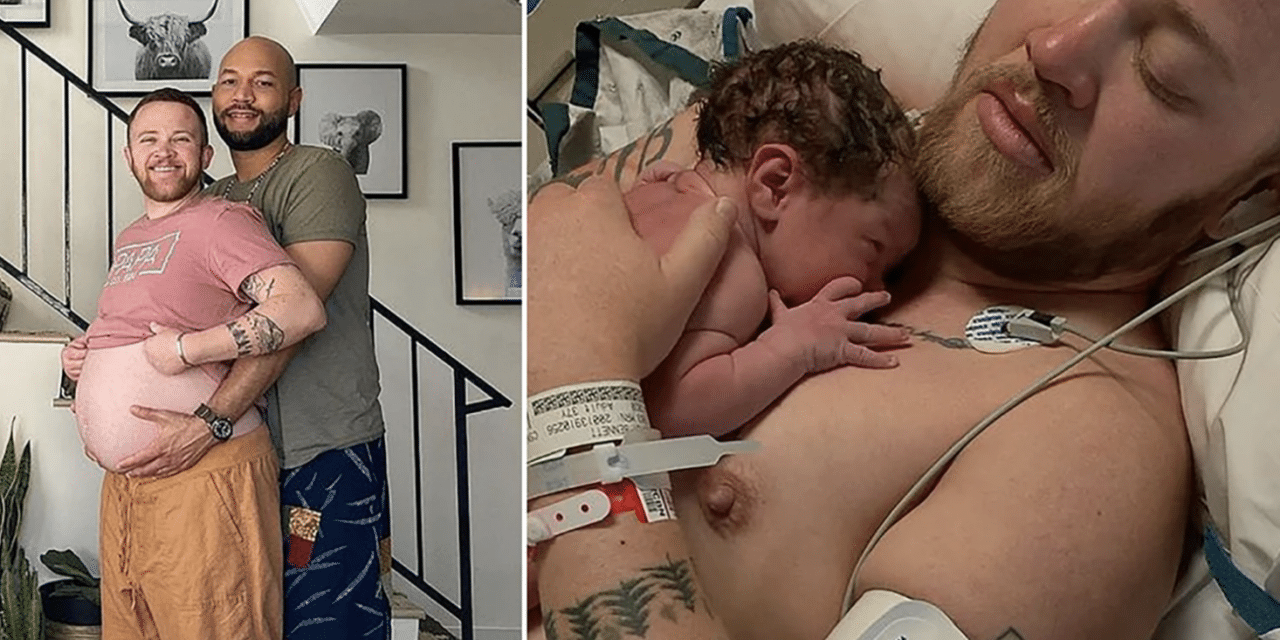 Not everyone who gives birth is a “mother,” this transgender man would like medical workers to know. According to the NYP, In Oct. 2020, Los Angeles resident Bennett Kaspar-Williams, 37, gave birth via cesarean to a healthy baby boy with his husband, Malik.

But in the process of having little Hudson, Kaspar-Williams was troubled by the constant misgendering of him by hospital staff who insisted on calling him a “mom,”. “No one can ever really know whether having children is possible until you try — being born with a uterus doesn’t make conceiving or carrying a certainty,” the father — who began transitioning in 2014 — said of his parenthood journey.

“That’s why it’s so important that we stop defining ‘womanhood’ in terms of ‘motherhood,’ because it’s a false equivalency that all women can become mothers, that all mothers carry their children, or that all people who carry children are mothers.”

According to the Daily Mail, The couple decided that they wanted to have children, and weighed the options available to them because it meant Bennett stopping the testosterone hormone therapy he’d been on for several years to enable his ovaries to function.

Bennett, who has had surgery on the top half of his body but not on his genitalia, eventually decided that he would be comfortable trying to conceive and carrying a child. He fell pregnant naturally soon after they started trying, and the couple welcomed their son Hudson, via Cesarean section, in October 2020.

Two years after beginning hormone treatment, in the summer of 2015, Bennett had surgery to remove his breasts – paying $5,000 for the procedure. Recalling how it took the operation to make him realize how unhappy he was about having female breasts, he said: ‘It was really liberating. I had this feeling that it was something that I needed to do, but I never had a self-hatred of my breasts, like some trans people.

The NZ Herald stated: “The business of pregnancy — and yes, I say business, because the entire institution of pregnancy care in America is centered around selling this concept of ‘motherhood’ — is so intertwined with gender that it was hard to escape being misgendered,” he added. Kaspar-Williams has “male” as the gender marker on all his documents but despite that, and his full beard, “people could not help but default to calling me ‘mum’, ‘mother’ or ‘ma’am’,” he added.