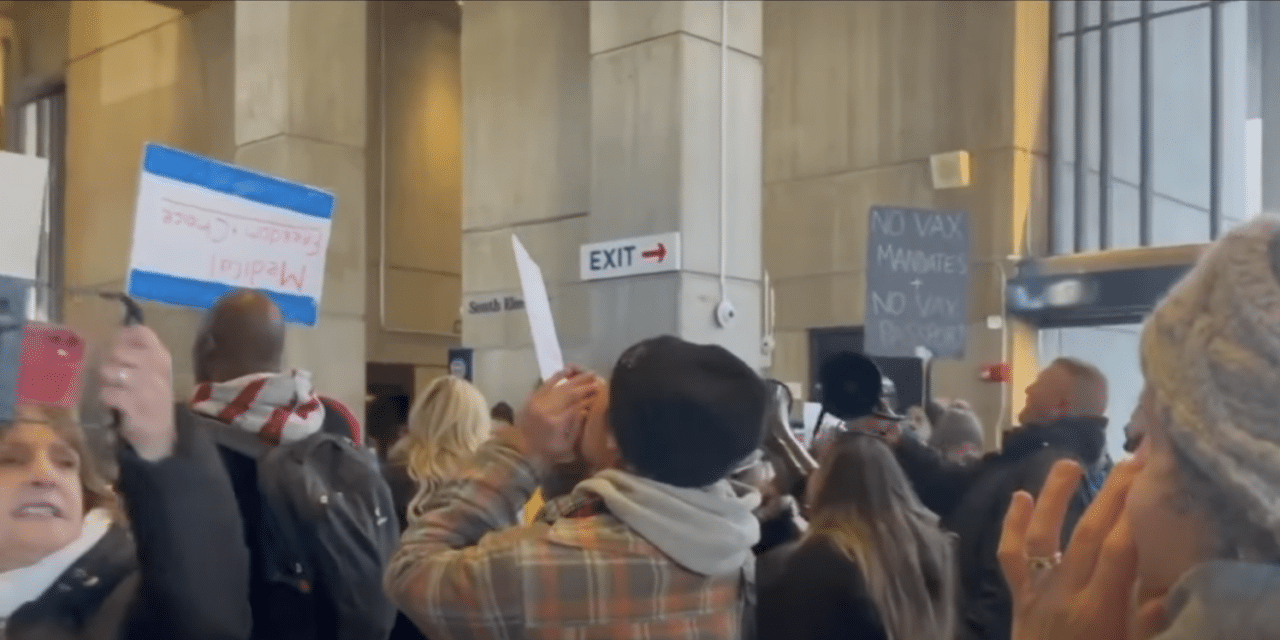 According to a report from the Associated Press, Chicago will require proof of coronavirus vaccination at restaurants, bars, gyms, and other indoor venues, as the rapidly spreading omicron variant drives a spike in COVID-19 infections, Mayor Lori Lightfoot said Tuesday.

Lightfoot said the requirement will take effect on Jan. 3, and will apply to places in the nation’s third-largest city where food and beverages are served — including sport and entertainment venues — and fitness centers. It doesn’t apply to people getting takeout, who stay in a businesses for less than 10 minutes.

Lightfoot said the measure is necessary because of a surge in cases and hospitalizations, with Chicago seeing numbers at levels similar to before vaccines were available. Chicago is reporting an average of more than 1,700 new COVID cases per day, up from about 300 per day just weeks ago, she said.

CNBC stated: “Despite our diligent and equitable vaccine distribution efforts throughout this year, unfortunately, our city continues to see a surge of COVID-19 Delta and now Omicron cases,” Mayor Lori Lightfoot said in a statement. “New steps must be taken to protect the health and wellbeing of our residents.

This public health order requiring proof of vaccination to visit certain indoor public places is a necessary measure to ensure we can continue to enjoy our city’s many amenities as we enter the new year.”

According to Politico, Patrons, and staff at certain indoor spaces — restaurants, bars, and nightclubs; gyms and fitness centers; and entertainment venues such as theaters and sports arenas —

will have to show proof of at least one vaccine dose by Jan. 15 and two by Feb. 15. Wu is also requiring all city employees to get vaccinated along the same timeline unless granted an exemption — a departure from the previous policy that gave workers the option of weekly testing.

“I wish we were taking these actions faster,” Wu said at a press conference Tuesday. “I know we are in the midst of a surge right now, but we are moving as quickly as we can.”

The NHL is reportedly beginning a leaguewide shutdown Wednesday amid a rise in positive COVID-19 test results among players, and with 10 of the league’s 32 teams’ schedules already paused and their facilities closed according to a report from the Associated Press.

The league announced Monday night that it will open its annual holiday break two days earlier than scheduled and have it run through Saturday. The decision, reached in coordination with the NHL Players’ Association, means five additional games scheduled for Thursday will be postponed, bringing the total this season to 49.

Two games slated for Tuesday are still set to go on as scheduled. Teams will then report back for COVID-19 testing and practice on Sunday, a day before games are set to resume. Players and members of each team’s traveling party will be required to test negative before being allowed back in their respective facilities.

And finally, in the Mideast where Israel’s Pandemic Response team ruled on Tuesday night that anyone over the age of 60 and medical workers could receive a fourth shot of the Pfizer coronavirus vaccine, the Health Ministry said according to the Jerusalem Post. The shot will be available four months after receiving the third dose.

In a statement, Bennett praised the committee for the move, which he said will “help us overcome the Omicron wave that is sweeping the world.” He noted that Israel was the first in the world to provide a third shot and will lead in giving the fourth shot too.

The US Centers for Disease Control and Prevention already provides a fourth shot to immunocompromised people. In October, the CDC updated its guidelines saying that moderately or severely immunocompromised people who receive three shots as their primary dose can receive a booster dose, too, for a total of four COVID-19 vaccine doses.

“Another vaccine for people over the age of 60 and for medical staff of all ages,” tweeted Health Minister Nitzan Horowitz. “This is our top priority for Omicron: Protecting the adults who are most vulnerable and keeping the medical staff safe.