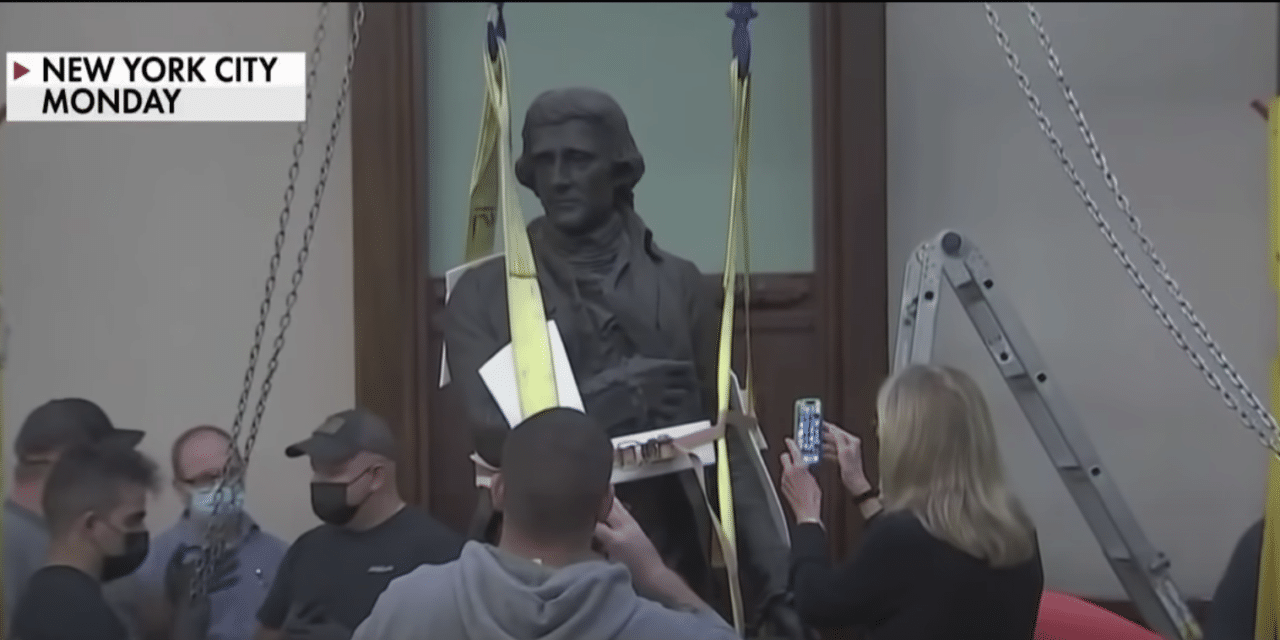 Thomas Jefferson is no longer in the room where it happens. According to The NYP, Art handlers packed up an 884-pound statue of Jefferson in a wooden crate Monday after a mayoral commission voted to banish the likeness of the nation’s third president from City Hall, where it’s resided for nearly two centuries — because he owned slaves.

About a dozen workers with Marshall Fine Arts spent several hours carefully removing the painted plaster monument from its pedestal inside the City Council chambers and surrounding it with sections of foam and wooden boards.

They then lowered the massive structure down the stairs leading to the building’s first-floor rotunda with a pulley system and ushered the Founding Father out the back door. CNN stated: “Thomas Jefferson was a slaveholder who owned over 600 human beings,” Councilmember Adrienne Adams, co-chair of the Black, Latino and Asian Caucus, said in a presentation last month.

“It makes me deeply uncomfortable knowing that we sit in the presence of a statue that pays homage to a slaveholder who fundamentally believed that people who look like me were inherently inferior, lacked intelligence, and were not worthy of freedom or right.”

The original bronze Jefferson statue was crafted by Pierre-Jean David D’Angers in 1833 and the replica was donated to the people of New York in 1834.

After moving around in City Hall over the years, it has most recently sat in the City Council chamber since 1915, according to the city. Councilmember Inez Barron told the commission last month that the statue of Jefferson was inappropriate in a room where New Yorkers gathered to govern.