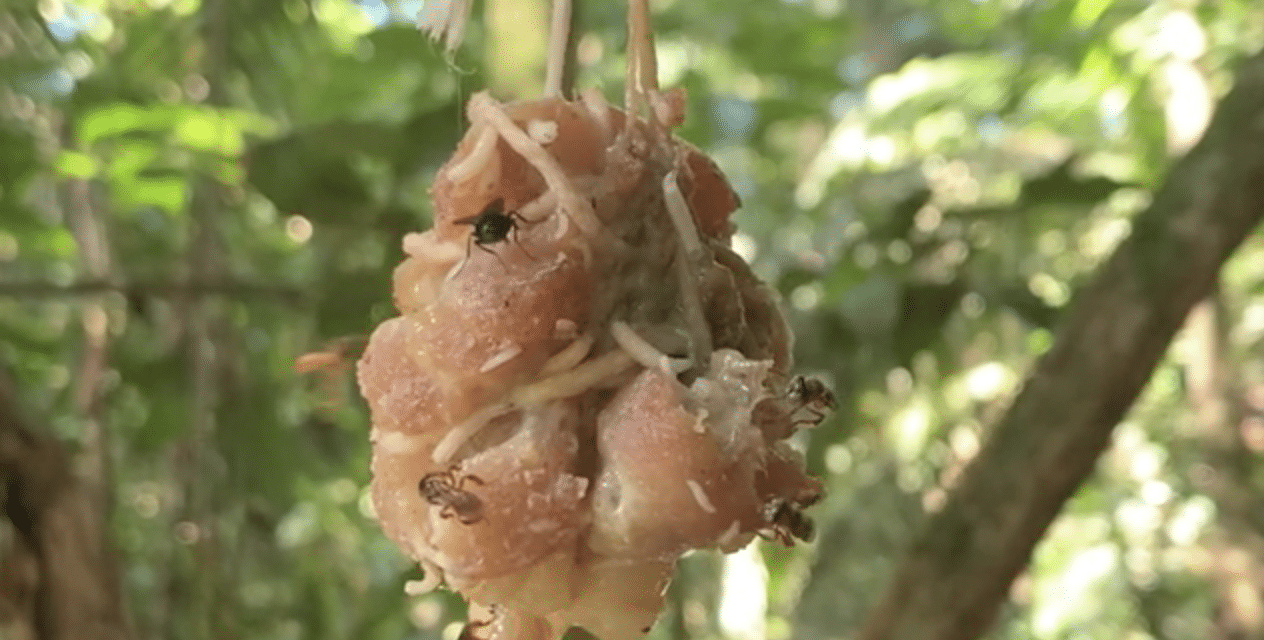 Some bees have now evolved the ability to only eat flesh because of an “intense competition for nectar” and of an evolved gut that resembles vultures instead of other bees, revealed a new study.

According to the Telegram, These adaptations in a little-known species of tropical stingless bees or “vulture bees” are also complemented by changes in the kinds of bacteria that live in their guts, pointed out researchers of a study published in the journal mBio on Tuesday, which sheds light on how diet affects gut microbes.

While bees typically feed on nectar, the researchers, including those from the University of California (UC) Riverside, said that the “intense competition for nectar” has led to a species of stingless bee in the tropics evolving the ability to feed on flesh.

Business Insider reported that the bees were preparing to carry the chicken back to their hives, where they would enclose the meat chunks in pods, leave them there for two weeks, then feed them to their babies. Scientists aren’t sure what happens inside the pods during those two weeks, or how it affects the meat.

The adults don’t need to eat protein. They survive on nectar. The bees with leg baskets still collect pollen for their babies, too. But three species — out of more than 20,000 known bee species — feed their larvae an entirely carrion-based diet. They’re called “vulture bees.”

“The easiest way to think about bees is that they are vegetarian wasps. They evolved from wasps. Literally what differentiates them from wasps has been that they’re vegetarian,” Maccaro said. “So this is really surprising.” Even wasps eat freshly killed meat, though.

Rotting flesh can be a minefield of diseases, as microbes overtake the body and wage “microbial warfare,” producing powerful toxins as they compete for meat. Some of the bacteria itself, like salmonella, can be deadly. “The environment on a dead body is really toxic,” Maccaro said. “That’s a major thing to overcome to be able to eat.”