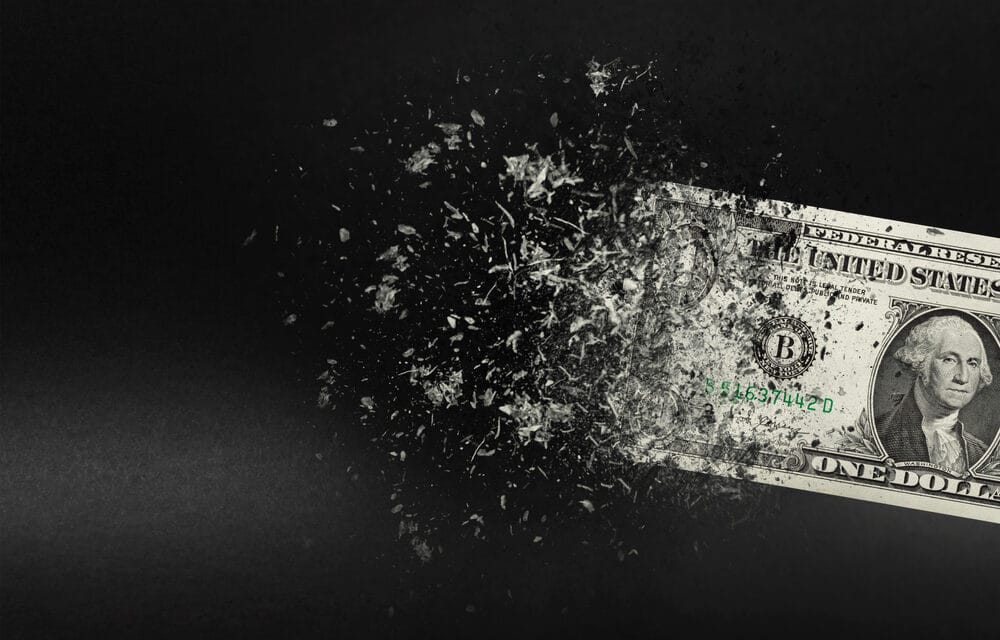 (OPINION) If you think that inflation is bad now, just wait until we get into early next year. As you will see below, some of the biggest corporations in the entire country have just announced major price increases which will take effect during the first few months of 2022.

So if there are some things that you want to stock up on, you may want to do it now, because your money won’t stretch as far once we get a few months down the road. I really wish that I had better news for you. I really wish that I could tell you that prices are going to level off and that economic conditions will return to normal soon.

Unfortunately, the truth is that it appears that our problems will soon be accelerating. Earlier today, I was stunned to learn that General Mills has announced that prices on “hundreds of items” will be jacked up dramatically in early 2022. In some cases, prices “will go up by around 20%”… General Mills (GIS) notified retail customers that it’s raising prices in mid-January on hundreds of items across dozens of brands.

They include Annie’s, Progresso, Yoplait, Fruit Roll-Ups, Betty Crocker, Pillsbury, Cheerios, Cinnamon Toast Crunch, Lucky Charm’s, Wheaties, Reese’s Puffs, Trix, and more, according to letters General Mills sent to at least one major regional wholesale supplier last week. For some items, prices will go up by around 20% beginning next year.

Ouch.When you go to the grocery store after the holiday season is over, get ready for a case of severe sticker shock. Of course, General Mills is not the only large corporation that will be doing this. According to CNN, Tyson Foods, the Kraft Heinz Company, Procter & Gamble, and Kimberly Clark have all announced significant price increases for 2022…

General Mills’ plans are the latest evidence that rising prices won’t be going away anytime soon for some of the most recognizable food and household brands. The company is the latest consumer manufacturer to announce price hikes beginning next year, joining Tyson (TSN), Kraft Heinz (KHC), Mondelez (MDLZ), Procter & Gamble (PG), Kimberly Clark (KMB), and others.

In my entire lifetime, I have never seen anything like this. Right now, a single shopping cart of food can easily run more than 250 dollars at the grocery store. Once these price increases go into effect, will it take 300 or 400 dollars to purchase a typical shopping cart full of food? Just thinking about that gives me the shivers.

While the decision is “not a reaction to short-term or transitory market conditions,” Dollar Tree acknowledged the inflationary environment and said the price boost will help mitigate historically high costs, including freight and distribution expenses, as well as wage increases.

“Lifting the one-dollar constraint represents a monumental step for our organization,” Chief Executive Officer Michael Witynski said in the statement. The move will allow Dollar Tree to expand its product assortment and reintroduce some items that were pulled due to the $1 constraint. READ MORE