The person of interest in the Waukesha Christmas parade rampage has been identified, according to NBC. Darrell Edward Brooks, 39, who goes by the alias MathBoi Fly, was detained by cops in Waukesha, Wisconsin after the red Ford Escape sped through the town. According to TheSun,

More than 40 people have been injured – including 12 kids – in Sunday’s horror as families and performers were celebrating an annual holiday event. Cops opened fire on the SUV as it plowed through a barrier and sped off after the horror incident. Officers later swooped at an address in Milwaukee where the SUV that went on the rampage was parked in the driveway. 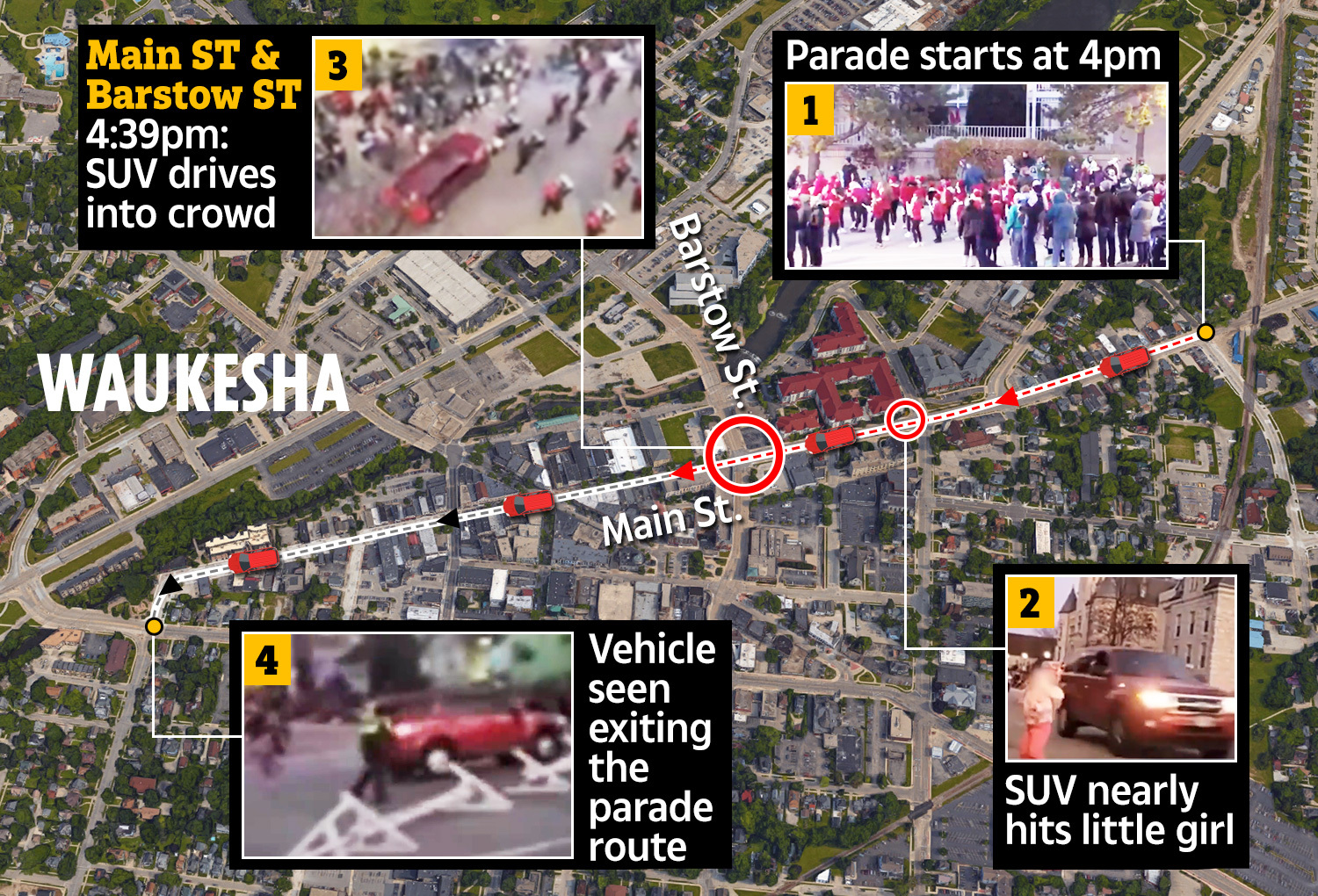 jsonline stated: “At this time, we can confirm that 5 people are deceased and over 40 are injured,” the statement said. “However, these numbers may change as we collect additional information.”

Earlier, authorities said 11 adults and 12 children were ferried to local hospitals. Others were taken by friends and family. Children’s Wisconsin hospital said it had 15 patients and no fatalities. Waukesha Mayor Shawn Reilly called the incident a “horrible and senseless act.”

According to the Daily Mail, Detectives will not yet confirm if they believe the attack was a deliberate act of terror, or if the suspect lost control of the vehicle while fleeing an earlier crime. They have also refused to comment on whether the incident has anything to do with the Kyle Rittenhouse verdict in Kenosha, 50 miles away. A press conference has been scheduled for 2pm EST.

Chief Thompson said one officer fired at the vehicle in an unsuccessful bid to stop it, with witnesses saying it sped along the parade route and did not slow down even as it hit a schoolgirls’ dance troupe and elderly members of the Milwaukee Dancing Grannies, along with families sitting by the side of the road.

Dozens of pieces of footage – intended to capture joyous scenes from the annual event – ended up capturing the carnage instead, revealing the car traveled at least three blocks down the parade route before breaking through barriers and speeding away.