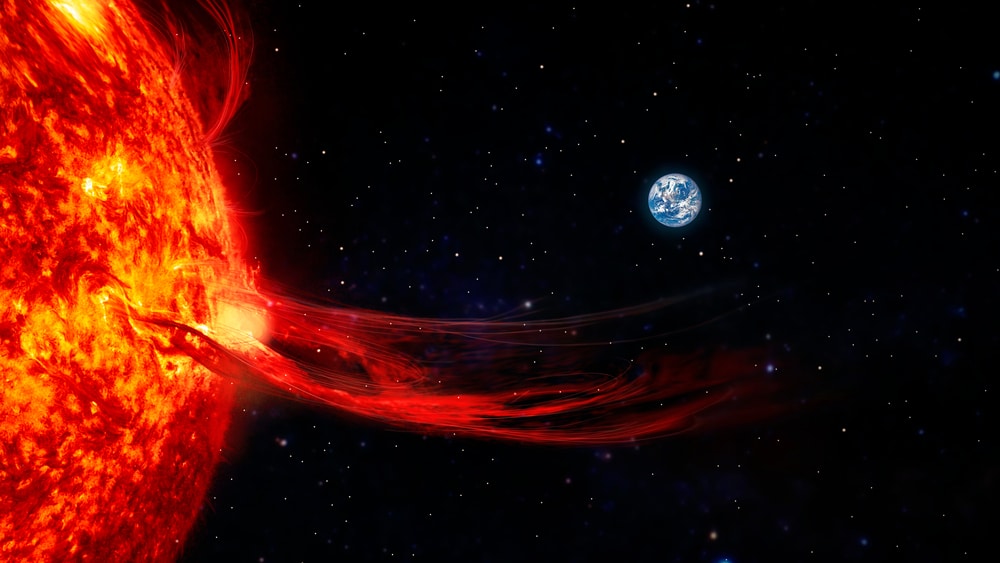 A so-called coronal mass ejection (CME) was seen escaping the Sun on Wednesday and may deliver a “glancing blow” to the planet. CMEs are large clouds of charged particles and magnetic field that stream from the Sun’s corona – the outermost layer of the star’s atmosphere.

The warning comes after a large filament erupted from the Sun’s southern hemisphere. The filament split the Sun’s atmosphere wide open and released a cloud of debris into space. The website’s astronomers wrote: “Imagine a canyon 50,000 miles long with towering walls of red-hot plasma.

“Yesterday, there was one on the Sun. “It formed when a filament of magnetism lifted off from the southern hemisphere. “The erupting filament split the Sun’s atmosphere, carving out the canyon as it ascended.

“The glowing walls remained intact for more than six hours after the explosion.” The debris trailing from the blast was photographed by NASA’s STEREO-A spacecraft and the Solar and Heliospheric Observatory (SOHO). READ MORE