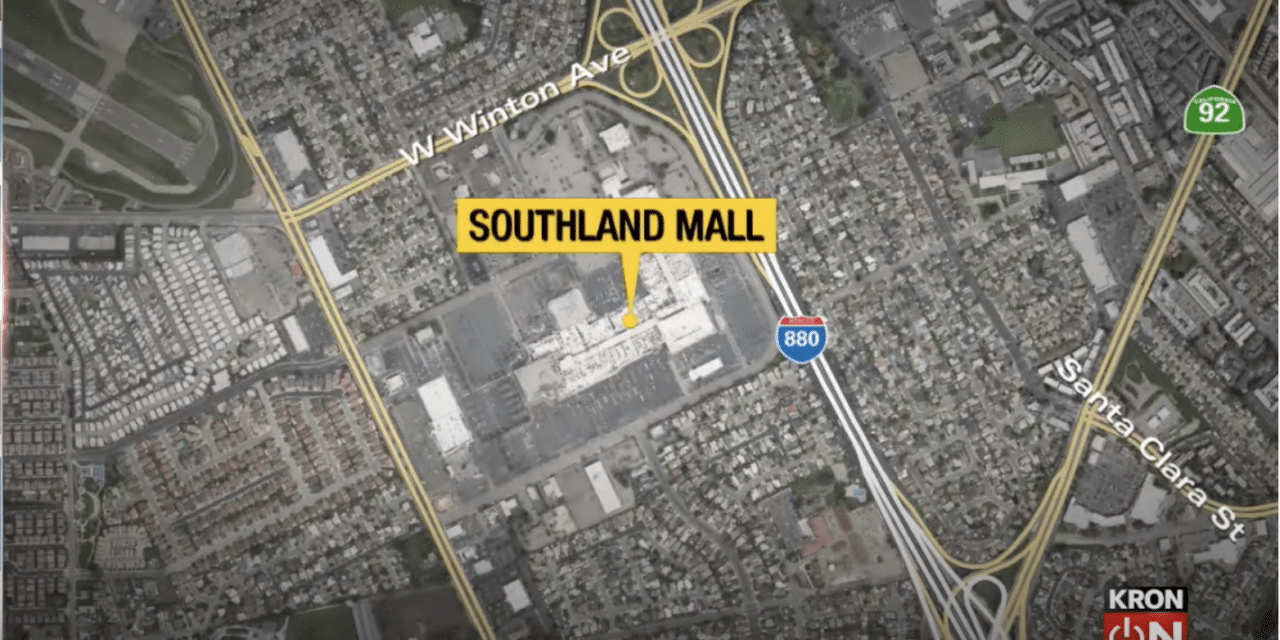 San Francisco Bay has been hit by the third day of brazen looting, with a gang of thieves filmed smashing glass cases at a jewelry store and emptying them as staff screamed in terror.

The latest incident happened at a Sam’s Jewelers store at the Southland Mall in Hayward around 5:30 pm PST Sunday evening and was caught on camera. Robbers – said to have been part of a gang of around 40 to 50 teens who entered the mall – wielded hammers to smash display cases at Sam’s, before making off with goods.

And on Saturday, a video posted to Twitter a swarm of robbers was caught on security camera stealing prescriptions from Wellspring Pharmacy in Oakland at around 7.30 pm. Pharmacy employees sped up the footage to show dozens of people running through the store to grab boxes of drugs off the shelves before quickly moving out.

It is unclear what drugs were stolen, but staff say customers’ whose meds were stolen will be able to collect replacement meds that have been ordered in. Store employees told KGO-TV reporter Dion Lim they were ‘overwhelmed and devastated’ by the brazen theft, as it is a small drug store and does not have the same resources as chains like CVS or Walgreens.

Video of the Sam’s incident, meanwhile, shows the men, all of whom were wearing hoodies, smashing the cases, and running off with handfuls of jewelry, with one man even running back to grab an item he dropped before fleeing. READ MORE