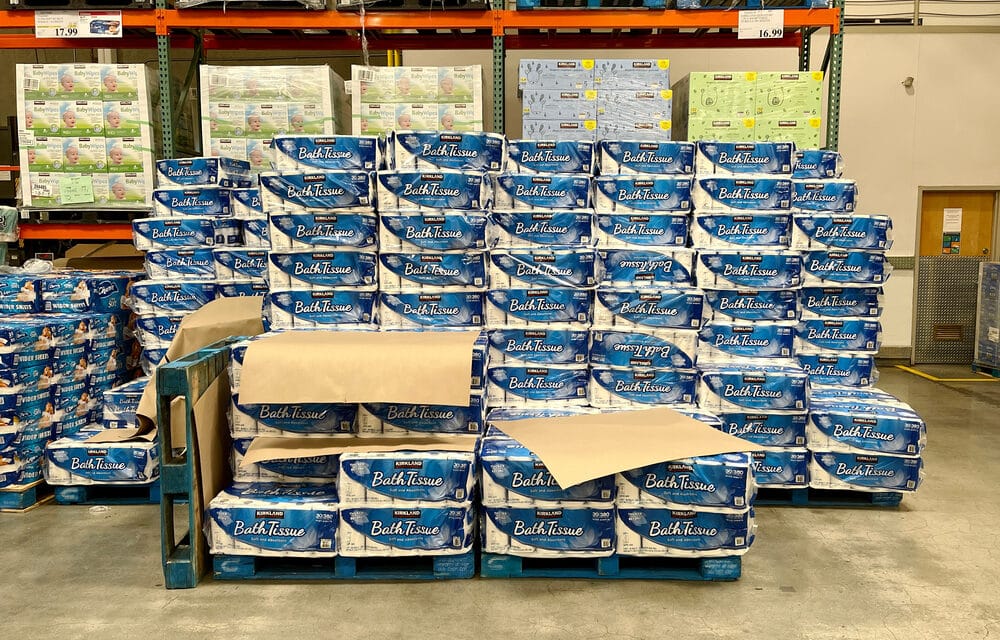 Stores across America have empty shelves thanks to a series in supply chain problems that are prolonging inflation and could stretch into the new year, with some retailers like Costco and Walmart limiting the amount of toilet paper in some stores.

More than 60 cargo ships are waiting to dock in California, carrying hundreds of thousands of containers, and may be stuck for months in a traffic jam after arriving from China and Asia. Millions of dollars of American goods are still sitting in warehouses in China, awaiting shipment.

There are similar problems with homegrown goods that can’t be transported quickly enough by truckers or on freight trains. The problems – which have tormented business owners for months – are now laid bare to American shoppers who are confronted with poorly stocked stores and rising prices on the items that they can find.

Some toy company CEOs are telling parents to buy their kids’ Christmas gifts now to avoid disappointment. This past weekend, Costco and BJ’s Wholesale Club were limiting the amount of paper goods customers could buy in parts of Long Island.

In Bellport, a town in southern Long Island halfway between the Hamptons and New York City, shoppers were limited to two bundles of toilet paper each. There is no immediate end in sight. Inflated COVID unemployment payments ended in September which many hoped would drive a surge in jobs, but the response has been sluggish at best.

Last week produced the worst jobs report of Biden’s presidency, with only 194,000 jobs added – far short of the 500,000 that were expected. Federal Reserve Chairman Jerome Powell predicted last week that the issues will continue into the new year, prolonging inflation and raising prices for American consumers. In the UK, Prime Minister Boris Johnson has resorted to hiring the former CEO of supermarket chain Tesco to try to solve the country’s own supply chain problems. READ MORE