Vladimir Putin slams ‘monstrous’ West for teaching children they can change their gender, saying it is ‘close to a crime against humanity’ 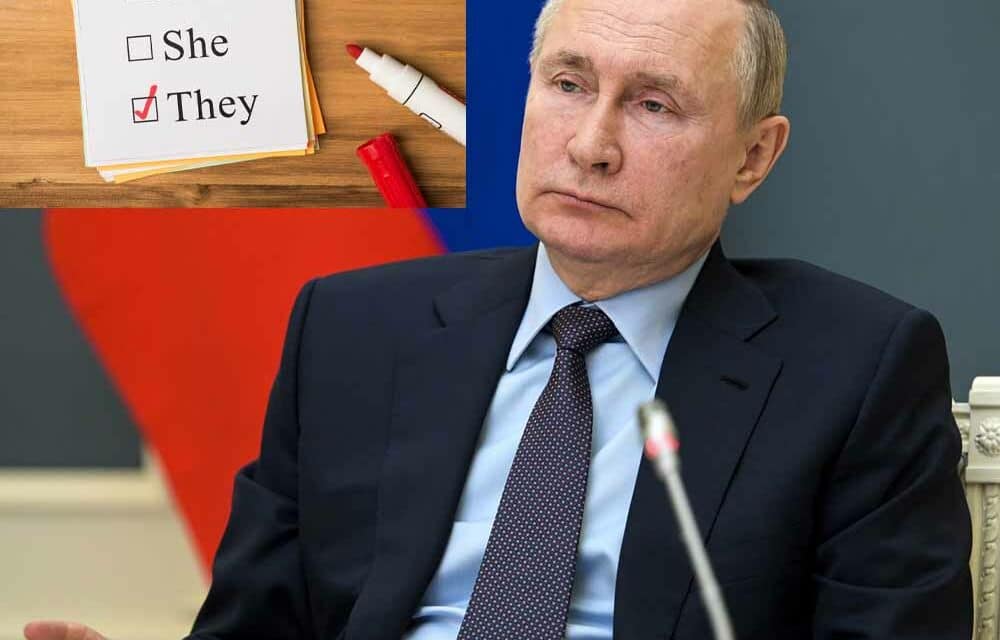 (OPINION) Vladimir Putin has claimed it is ‘monstrous’ that Western children are taught that they can change their gender. The Russian President, speaking in Sochi, said it is ‘close to a crime against humanity’ for young boys and girls to learn about becoming transgender.

The Kremlin leader said: ‘It is terrible when children in the West are taught the idea that a boy can become a girl,’ claiming it risks ruining the lives of a generation of children. Putin has regularly faced criticism for his crackdown on the LGBT community in Russia, where same-sex marriage and ‘gay propaganda’ are banned.

It comes after same-sex marriages in Russia were officially prohibited when changes made to the Russian constitution in July 2020 came into effect earlier this year. Russia’s constitution now says that marriage can only exist between a man and a woman, and also prevents trans people from adopting children.

He said: ‘(It is a) simply monstrous moment when children are pushed to believe from early on that a boy can easily become a girl and vice versa. ‘They are pushed to believe they have a choice, imposed while parents are swept aside. ‘And a child is forced to make a decision that can break their life.’

He complained that ‘no-one even consults child psychologists on whether a child of a certain age is able to make these kinds of decisions. ‘Calling a spade a spade, this is close to a crime against humanity dressed up in the name and under the flag of progress.’ He was speaking to the Valdai International Discussion Club in Sochi, Russia, and his remarks appeared to be pre-prepared rather than off the cuff. READ MORE