The Rise of “False Messiahs”: What You Must Know 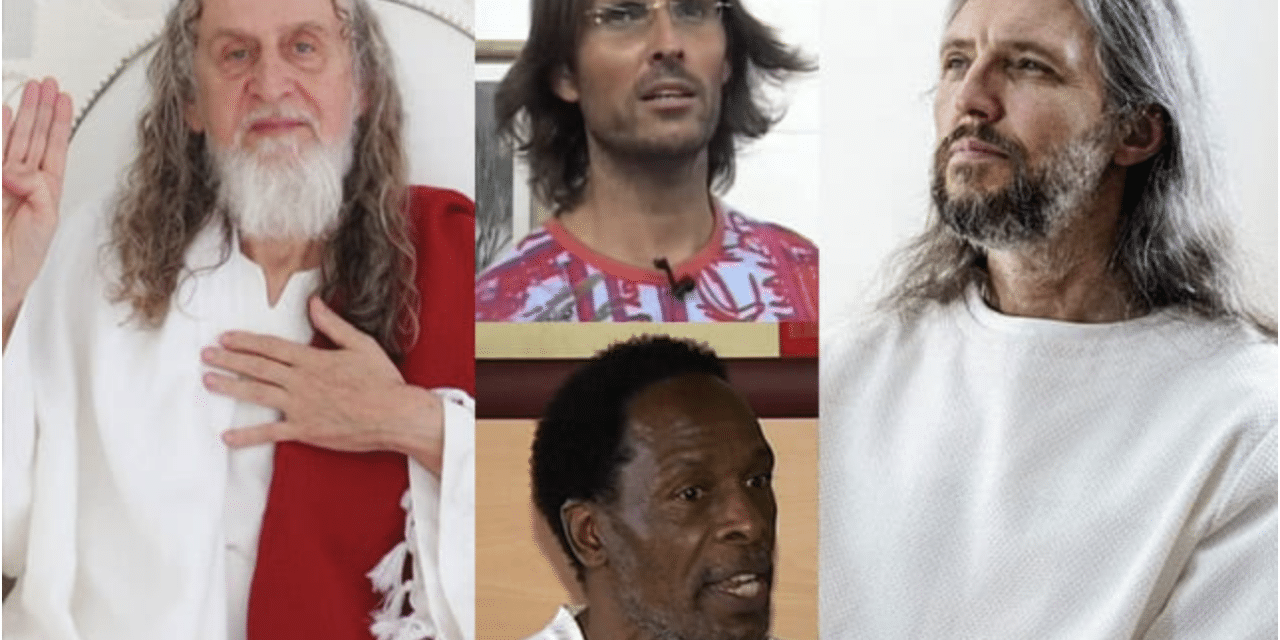 (OPINION) When the disciples asked for signs of the end times, Jesus warned them about false messiahs. Jesus responded to the disciples: “Watch out that you are not deceived. For many will come in my name, claiming, ‘I am he,’ and, ‘The time is near.’ Do not follow them. When you hear of wars and uprisings, do not be frightened. These things must happen first, but the end will not come right away.” (Luke 21:8-9)

The end time could very well be near if we look at the number of people around the globe who are rising up to say that they are indeed the Messiah. Since 1979, Alvaro Theiss has been proclaiming that he is Jesus Christ reincarnated. Alvaro changed his name to INRI Cristo (a tribute to the inscription “Iesus Nazarenus Rex Iudaeorum” that Pontius Pilate posted on the cross where the true Messiah died).

INRI lives with 12 followers in a compound in Brazil. INRI wears white robes and a crown. His devoted followers dress in all blue and push their leader around on a rolling pedestal. According to news.com.au, at least six other men have claimed to be Jesus Christ reincarnated in the last decade.

Mitsuo Matayoshi of Japan claimed to be God and that he would execute his last judgment through the political system–if elected. However, Matayoshi died from illness on July 20, 2018, and faced a different judgment (Hebrews 9:27).

Moses Hlongwane of South Africa has set himself up as the reincarnation of Jesus Christ in a compound with a dozen disciples in KwaZulu-Natal town. Vissarion of Siberia claims to be the second coming of Christ and teaches reincarnation, vegetarianism, civility, ecology, and apocalypse. He lives with 4,000 of his followers and has 10,000 followers worldwide. READ MORE