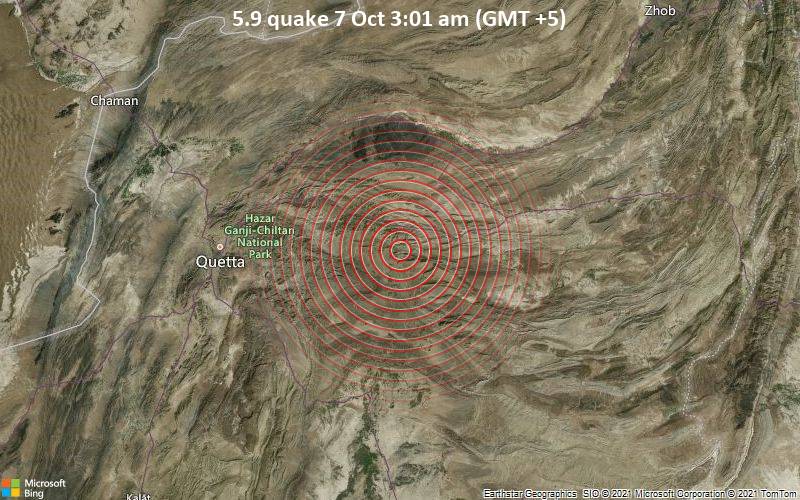 A strong earthquake has reportedly struck Pakistan shaking the cities of Harnai and Shahrag around 3 am local time, causing buildings and homes to collapse on residents.

According to Express-News, Sohail Anwar Hashmi, Deputy Commissioner for Harnai city, told Pakistani newspaper Quetta Voice via telephone: “We have received 20 dead bodies” However, the latest estimates by officials suggest 20 people have died in the earthquake, including children.

According to NDTV, Naseer Nasar, the head of Balochistan’s Provincial Disaster Management Authority, told AFP that between 15 and 20 people had died, but warned that the toll may increase.

The worst-affected area was the remote mountainous city of Harnai, in Balochistan, where a lack of paved roads, electricity, and mobile phone coverage has hampered the rescue effort. The quake caused electricity to fail in the region, with health staff working without lights in a poorly equipped government hospital.

“We were operating without electricity with the help of torches and mobile flashlights,” Zahoor Tarin, a senior official at the government-run Harnai hospital told AFP. “Most of the injured came with fractured limbs. Dozens of people were sent back after first aid while some 40 people who were critically injured have been sent to Quetta in ambulances,” he added.