Powerful earthquake strikes Crete, Greece for second time in under 30 days, Felt in Cairo and Istanbul 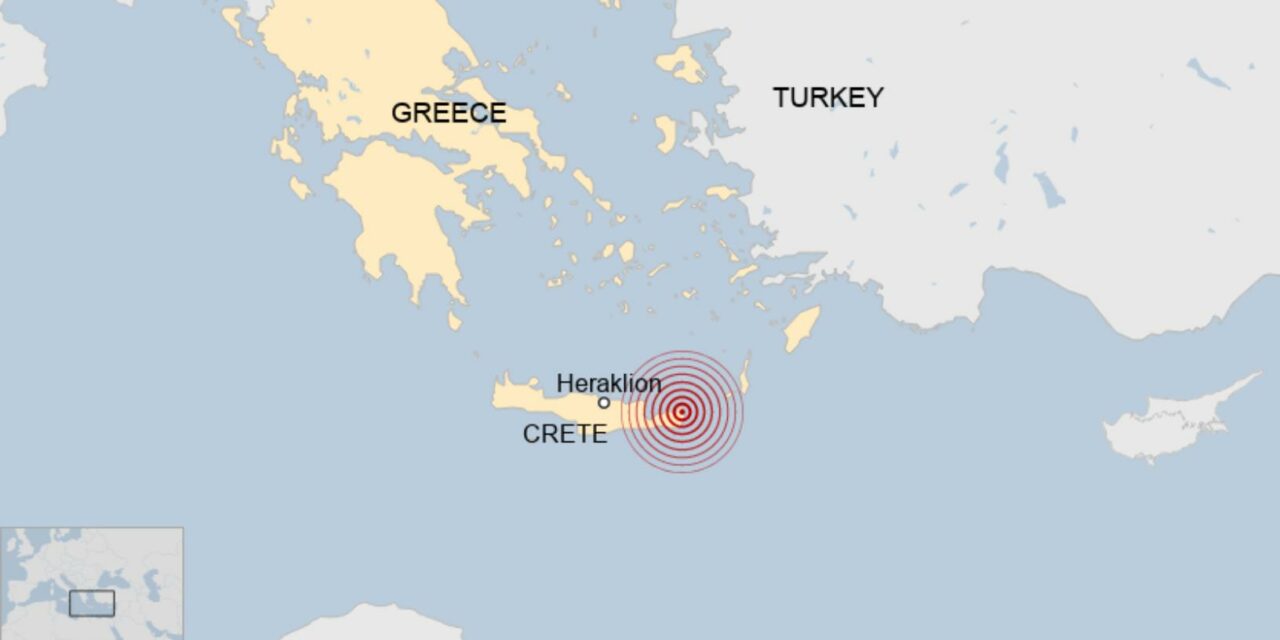 A powerful magnitude 6.3 earthquake has rattled the Greek island of Crete on Tuesday for the second time in less than a month According to the Jerusalem Post, there were no reports of damage or injuries from the quake.

The tremor was reported to be centered at sea, some 23 km (14 miles) east of the village of Zakros in eastern Crete but was so powerful it was felt in places as far away as Cairo and Istanbul.

According to the report, another quake also struck around 8 kilometers northwest of the nearby Greek island of Kárpathos and is said to have a magnitude of 4.4. less than 30 days ago a strong quake shook Crete killing one person and causing serious damage to buildings.