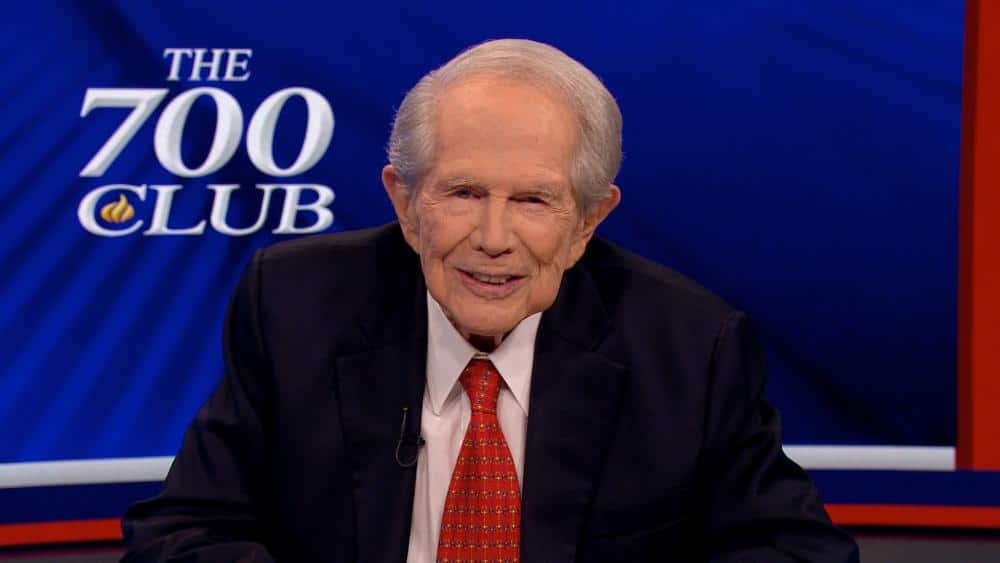 CBN Founder Pat Robertson, America’s longest-running TV host, is stepping down from his role as daily host of The 700 Club. He announced on the 60th anniversary of CBN’s first broadcast that he is moving on to new projects.

“Today’s show will be my final as host of The 700 Club,” said Robertson. “My replacement will be my very capable son, Gordon, who will take over as full-time host of the program.” Robertson will turn his efforts to teaching students at Regent University, which he founded in 1977, and will also join in future CBN broadcasts as news warrants.

Starting in October, he will appear on a monthly, interactive episode of The 700 Club, to answer viewer emails. He will also remain available for occasional broadcast appearances as a senior consultant on international affairs.

Robertson looks forward to devoting his energy and experience full-time to helping train and equip members of the 11,000-strong student body of Regent University as they are preparing to become “Christian Leaders to Change the World”.

In hosting the Christian Broadcasting Network’s flagship program for decades, Pat Robertson has shared the Gospel of Jesus Christ with millions of viewers. He has worked to bring the hope of Christ to America and the world through inspiring testimonies of the Holy Spirit’s power and firsthand accounts of lives touched by the generosity of CBN partners, through disaster relief efforts and aid for others in need. FULL REPORT