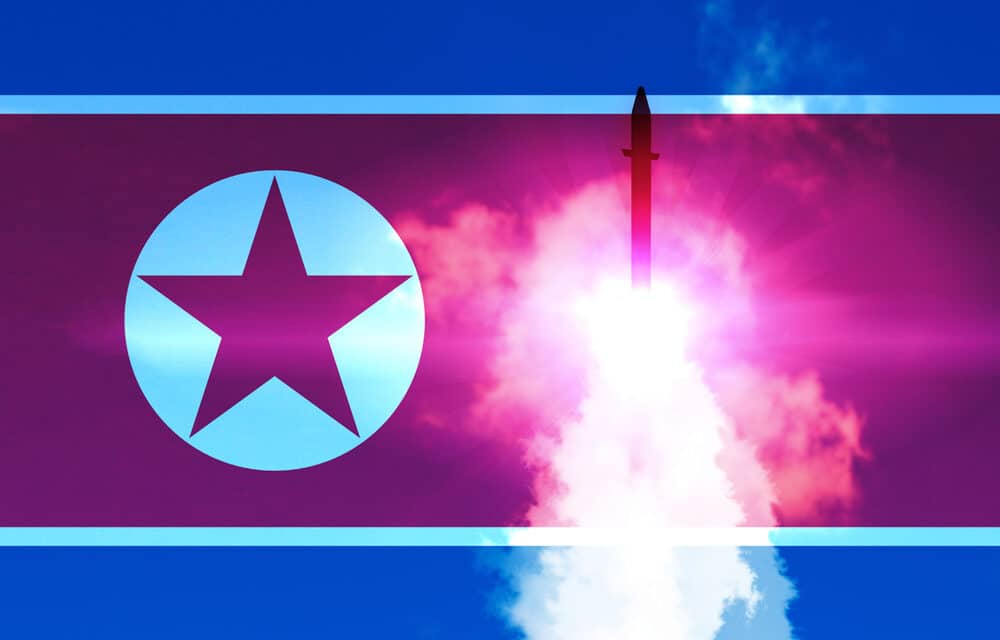 North Korea on Tuesday fired at least one ballistic missile into the sea in what South Korea’s military described as a weapon likely designed for submarine-based launches.

CBS News reported that the test marked possibly the most significant demonstration of the North’s military might since President Joe Biden took office. The launch came hours after the U.S. reaffirmed its offer to resume diplomacy on North Korea’s nuclear weapons program.

It underscored how the North continues to expand its military capabilities amid a pause in diplomacy. The South’s Joint Chiefs of Staff said in a statement that it had detected the North firing one short-range ballistic missile it presumed as a submarine-launched ballistic missile from waters near the eastern port of Sinpo, and that the South Korean and U.S. militaries were closely analyzing the launch.

Reuters stated that South Korean and U.S. officials were investigating if the missile was a smaller, previously unseen version displayed last week at an exhibit in Pyongyang, a South Korean military source told Reuters, citing the ongoing analysis.

They were also examining whether the missile was fired from North Korea’s experimental Gorae-class submarine, he added, speaking on condition of anonymity. The launch, reported by officials in South Korea and Japan, came after U.S. and South Korean envoys met in Washington on Monday to discuss the nuclear standoff with the North.

The launch is the latest weapons test by North Korea, which has persisted with military development despite international sanctions over its nuclear weapons and missile programs. “Our military is closely monitoring the situation and maintaining readiness posture in close cooperation with the United States, to prepare for possible additional launches,” South Korea’s Joint Chiefs of Staff said in a statement.