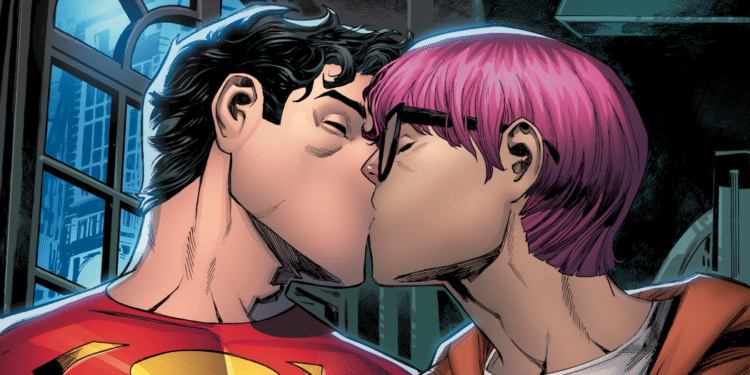 Up, up, and out of the closet! The new Superman, Jonathan Kent — who is the son of Clark Kent and Lois Lane — will soon begin a romantic relationship with a male friend, DC Comics announced Monday.

The report from DNYUZ revealed that a same-sex relationship is just one of the ways that Jonathan Kent, who goes by Jon, is proving to be a different Superman than his famous father. Since his new series, Superman: Son of Kal-El, began in July, Jon has combated wildfires caused by climate change, thwarted a high school shooting, and protested the deportation of refugees in Metropolis.

“The idea of replacing Clark Kent with another straight white savior felt like a missed opportunity,” Tom Taylor, who writes the series, said in an interview. He said that a “new Superman had to have new fights — real-world problems — that he could stand up to as one of the most powerful people in the world.”

NPR reported that we’re not talking about the classic, original-recipe Clark Kent/Kal-El Superman that’s been around since the June 1938 issue of Action Comics #1 first hit the stands. It’s not the Superman who’s infiltrated the global zeitgeist to become a part of our collective consciousness via comics, serials, radio, television, film, toys, roller coasters, and the bedsheets I got for Christmas 1979.

No, it’s his son, Jonathan Kent. Whose precise backstory in the comics has been so ruthlessly pummeled by a series of reboots, retcons, space missions, time-travel, and rapid aging as to render it so incomprehensible that it sends even diehards like me scurrying to the nearest wiki.

He’s slated to come out as bisexual in the pages of Superman: Son of Kal-El #5, written by Tom Taylor with art by John Timms, which will be published on November 9th. Jonathan and his male friend Jay, introduced earlier in the series, will share a kiss.