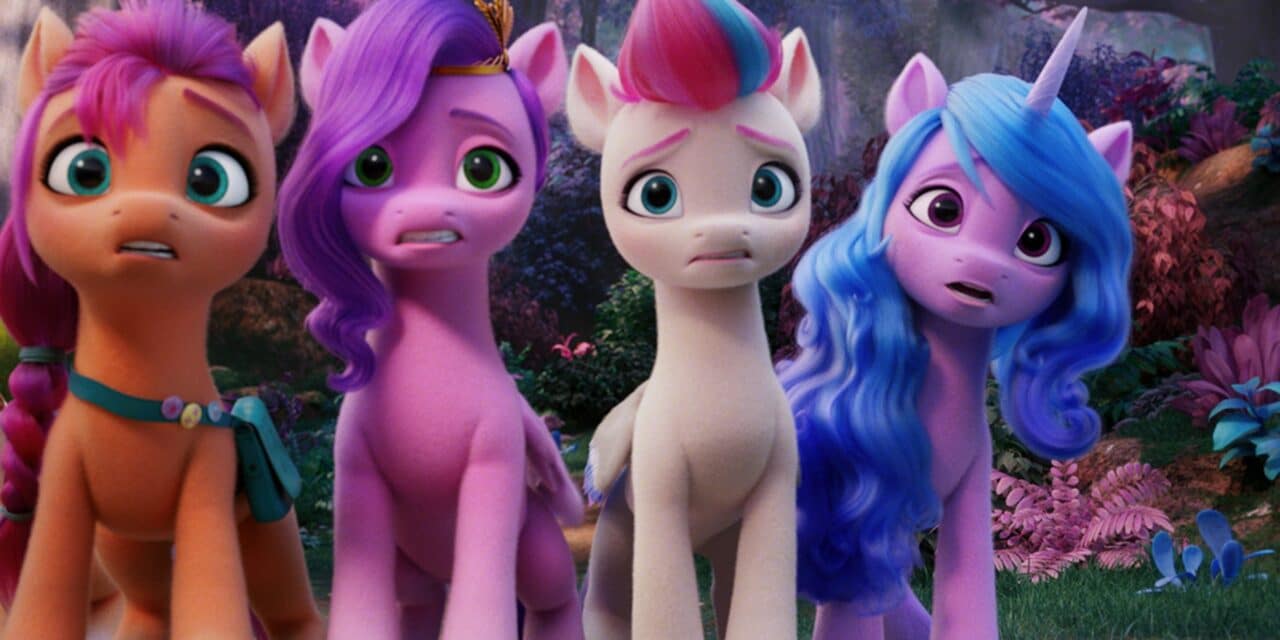 It appears “My Little Pony,” the kid-friendly animated franchise that dates back to the ’80s, has gone woke. Netflix has released “My Little Pony: The Next Generation,” and the 90-minute film welcomes new fantastical creatures, some of them fear-mongering, with a mission to restore the pony world of Equestria with magic.

Starring Jane Krakowski, Vanessa Hudgens, Sofia Carson, Elizabeth Perkins, James Marsden, Ken Jeong, and more, the film puts a spotlight on a land that’s divided and is in need of somewhat of a political awakening. All the while, it maintains the cheerful tone and colorful visuals “My Little Pony” is known for.

In its description, Netflix immediately draws attention to a ponyverse that’s in disarray as Equestria has “lost its magic,” thus leaving three species – earth ponies, unicorns, and pegasi — “living in fear and mistrust against each other.”

In an apparent effort to send a message to kids about empowerment, unity, and reform, Hudgens plays the heroine of the film, an earth pony named Sunny, who teams up with a curious unicorn named Izzy (Kimiko Glenn) to attempt to make peace with outsiders from other communities.

Along the way, they meet some pals and band together as a pack of young progressives wanting to make change. “I think that it really reflects the times,” Hudgens said of the movie’s impact in an interview with ABC 6. “My character believes in inclusion and friendship.” “It’s such a sweet little message to be reminded of,” Glenn added to the outlet. READ MORE