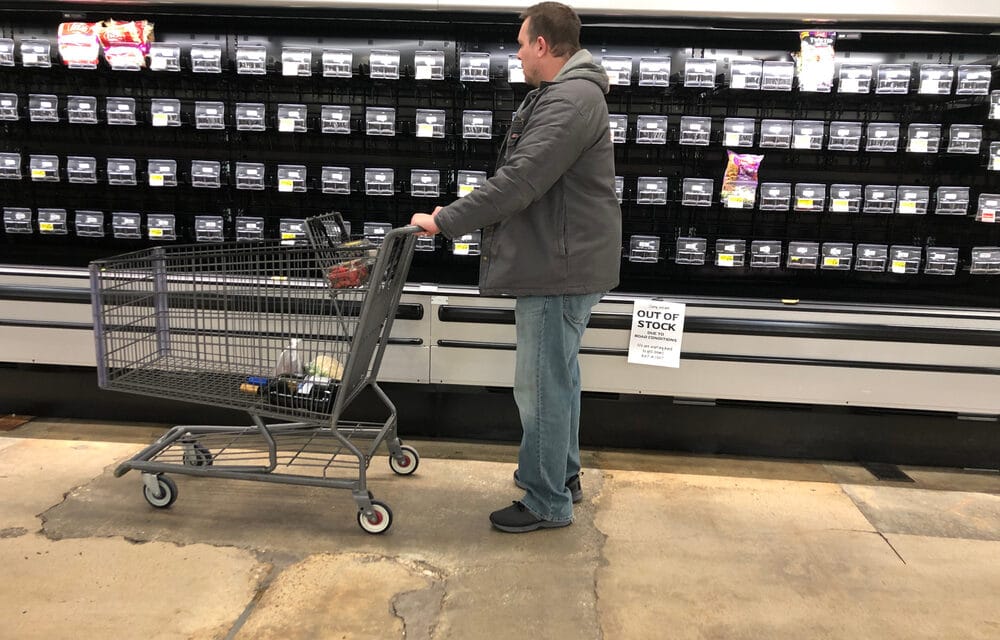 Frustrated shoppers complaining about shortages of everyday products in their local stores are attacking President Joe Biden online with the hashtag ‘Empty Shelves Joe’ as the US faces severe supply chain problems that could stretch into the new year.

Dozens of cargo ships carrying hundreds of thousands of containers of goods from China and Asia are waiting to dock in California as concern grows about likely Christmas shortages.

Some retailers such as Costco and Walmart are limiting sales of toilet paper in some areas and toy company CEOs are telling parents to buy their kids’ Christmas gifts now to avoid disappointment. There are similar problems with homegrown goods that can’t be transported quickly enough by truckers or on freight trains.

The problems – which have tormented business owners around the world for months – are being laid bare by American shoppers who, when confronted with poorly stocked stores and rising prices on the items that they can find, are sharing photos on social media.

Consumers are also complaining that they have to go to the grocery store every day to find basic items that they previously could have purchased in one shop. Biden on Wednesday acknowledged the concerns and intervened by announcing that the Port of Los Angeles – North America’s busiest container terminal – would start 24-hour operations to help ease bottlenecks that are choking commerce and pushing up prices.

Those round-the-clock operations began on Thursday. Until the bottlenecks in the supply chain are removed, the complaints about shortages will mount. The move was too little, too late, for Republicans who accused the government of waiting months to try to fix the problem.

On Thursday it was revealed by Politico that as the crisis mounted, Biden’s Transportation Secretary Pete Buttigieg went on paternity leave in August and September after he and husband Chasten adopted twins. He is now back at work but will ‘continue to take some time over the coming weeks to support his husband and take care of his new children’, a Department for Transportation spokesman said. READ MORE