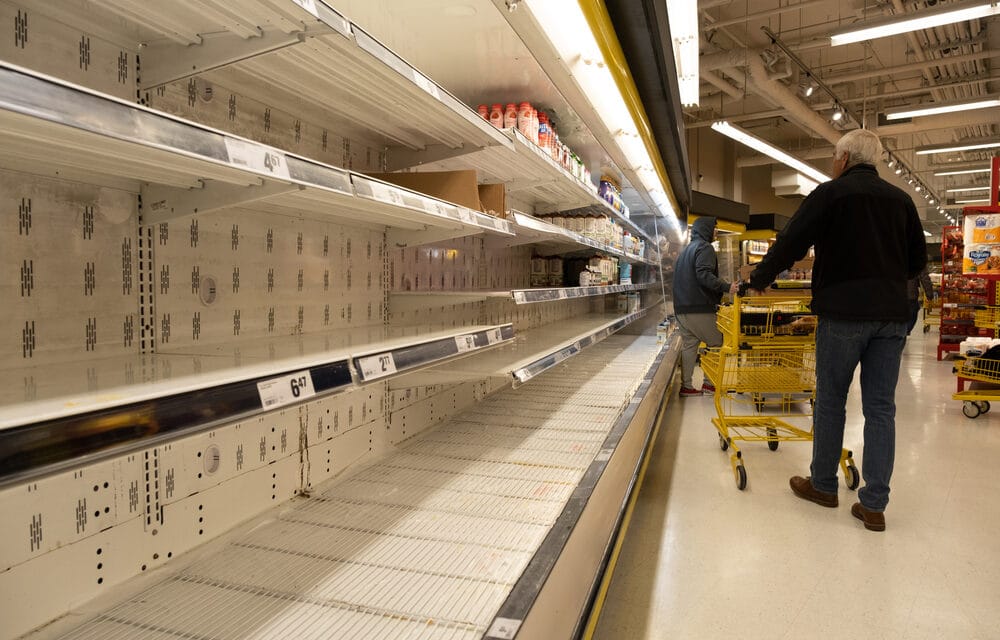 (OPINION) On the “Glenn Beck Radio Program,” Glenn explained why he wouldn’t be surprised to see our supply chain collapse and empty shelves in America in the near future.

Shortages are already wrecking our economy, China (where many of our goods are still made) is facing an energy shortage, and the Biden administration sure seems to be doing everything it can to make things worse. Glenn noted a serious warning from American CEO Mike Beckham:

“There’s a major storm brewing in the supply chain,” Beckham wrote on Twitter. Thanks to China’s centrally planned system, electricity shortages are causing huge delays in product manufacturing. In fact, some items are facing a 33 percent cut in production. “It could dramatically impact every [American’s] life next year. But almost no one knows about it yet,” Beckham warned.