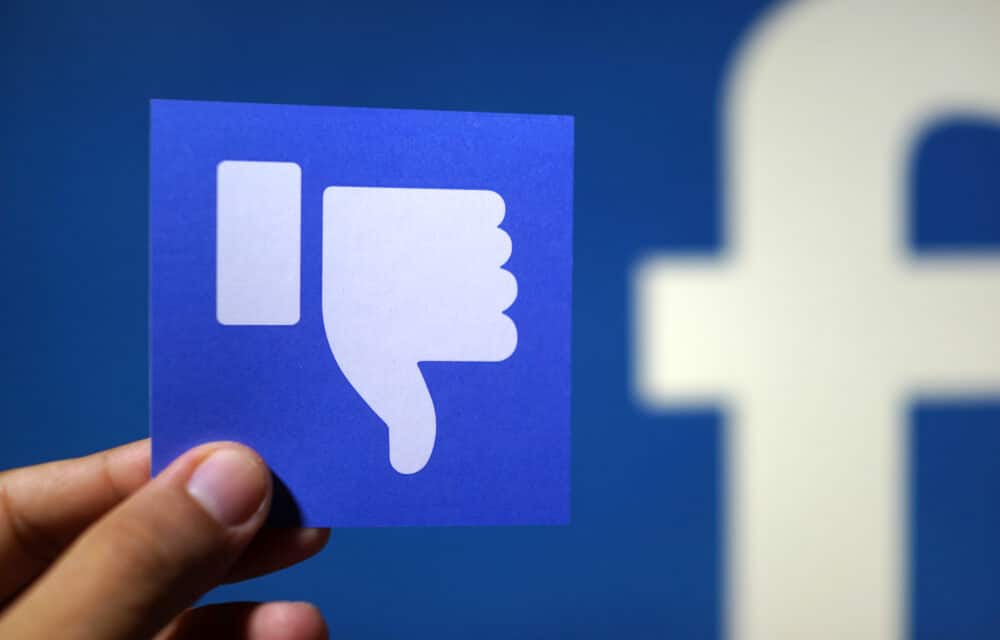 Just as Facebook’s Antigone Davis was live on CNBC defending the company over a whistleblower’s accusations and its handling of research data suggesting Instagram is harmful to teens, the company’s entire network of services suddenly went offline.

According to The Verge, On Twitter, Facebook communications exec Andy Stone says, “We’re aware that some people are having trouble accessing our apps and products. We’re working to get things back to normal as quickly as possible, and we apologize for any inconvenience.”

A peek at Down Detector (or your Twitter feed) reveals the problems are widespread. While it’s unclear exactly why the platforms are unreachable for so many people, their DNS records show that, like last week’s Slack outage, the problem is apparently DNS (it’s always DNS).

That is a fact that Facebook has been anxious to know since last month when an anonymous former employee filed complaints with federal law enforcement. The complaints say Facebook’s own research shows that it amplifies hate, misinformation, and political unrest—but the company hides what it knows. One complaint alleges that Facebook’s Instagram harms teenage girls.

What makes Haugen’s complaints unprecedented is the trove of private Facebook research she took when she quit in May. The documents appeared first, last month, in the Wall Street Journal. But tonight, Frances Haugen is revealing her identity to explain why she became the Facebook whistleblower.

The Motley Fool stated, By now you’re surely familiar with The Wall Street Journal’s “The Facebook Files” project, in which Journal reporters gained access to — and exposed — a treasure trove of internal Facebook documents. These documents detail everything from the company’s controversial XCheck program (which “whitelists” VIP Facebook users to post anything they want on the platform),

to problems with Instagram and how it harms the mental health of teenage girls, to how human traffickers and armed groups conduct nefarious business openly on the social network. Since those stories started dropping last month, shares of the social networking powerhouse have lost more than 12% of their value — well over $100 billion in market capitalization.

This morning, the latest shoe dropped when the Journal revealed the identity of its source, Frances Haugen, a former Facebook insider turned whistleblower who spent nearly two years working for Facebook on the company’s Civic Integrity Team, which was tasked with figuring out how to stop the “spread [of] political falsehoods,

[the stoking of] violence and [the abuse of Facebook] by malicious governments.” The Journal reported on her efforts along these lines, and on Facebook’s failure to accomplish any of the above, culminating in the disbanding of the Civic Integrity Team in December 2020.