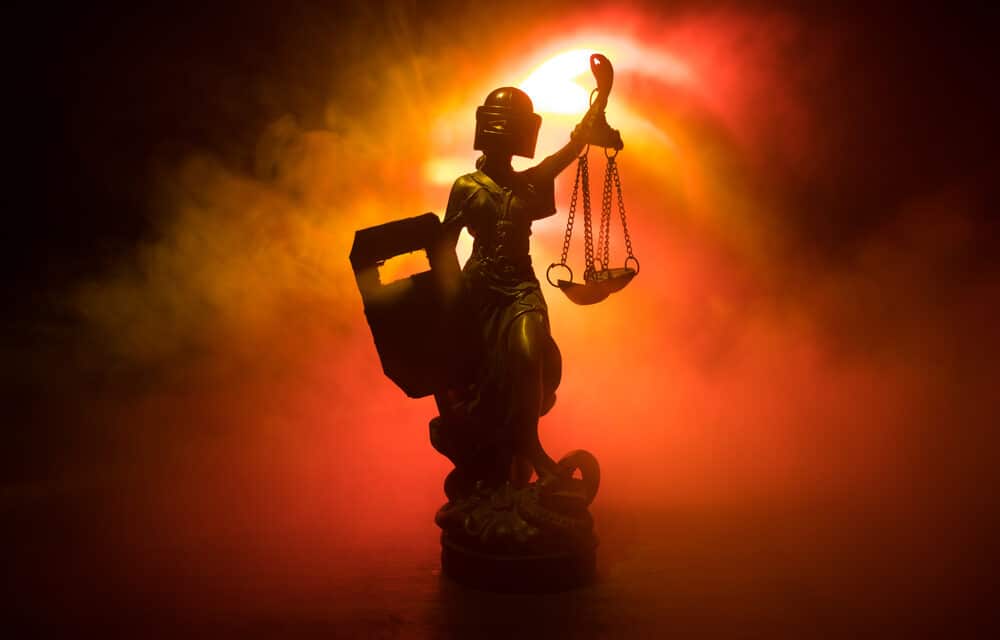 (OPINION) This is what can happen when you allow the inmates to run the asylum. The “crazies” are in charge now, and this has resulted in utter chaos all over the country. From the very top to the very bottom, we are rapidly becoming a completely lawless nation. Just look at Joe Biden.

He was just caught on video blatantly breaking D.C.’s very strict mask mandate. When White House Press Secretary Jen Psaki was asked about this, she told the press to “not overly focus on moments in time”. What does that even mean? Apparently, we aren’t supposed to care when Biden breaks the law, and for the record that has happened on numerous occasions in recent months.

But I suppose that it is appropriate that we have a lawless president because our entire nation is now descending into lawlessness. Just consider what we just witnessed in Portland. Dozens of anarchists roamed through the streets of Portland destroying everything in sight, and the police just stood by and watched them do it…

At least 100 self-proclaimed anarchists tore through Portland, setting dumpsters aflame, smashing windows, and causing $500,000 in damage, but police stood idle because of a new state law that restricts how law enforcement can respond to riots. It is at moments like this that I really do feel like I am living in Crazytown.

Instead, law enforcement agencies are told to rely on follow-up investigations to hold rioters accountable. Are you kidding me? Apparently, Democrats and Republicans were both involved in the drafting of this new law. So let’s not just place the blame on one side of the political spectrum.

The truth is that there are plenty of “crazies” in both major parties. Needless to say, many residents of Portland are absolutely horrified that this is their new reality… Residents frustrated by the violence last Tuesday questioned whether that meant anything goes now in Portland. ‘Does that mean we are now like a lawless city?

Anybody could come in and just bash around and do all the damage that they want without any repercussions whatsoever?’ Linda Witt asked during the meeting with the police. Yes, Linda Witt, you do live in a lawless city now. And I would encourage you to move away as soon as possible. Let’s switch gears and talk about the lawlessness in Chicago.

The other day, Ann Coulter penned a column in which she described a particularly violent shootout that recently took place in the Windy City… Perhaps you’ve heard about the Wild West shootout in the Austin neighborhood of Chicago two weeks ago? One group of gang members shot up the house of rival gang members at around 10 in the morning.

They blasted the house with more than 70 rounds, using handguns that had been modified into automatic weapons. Their rivals fired back from inside the home, in a gun battle that lasted so long, it was still going on when the police arrived. All of this took place in full view of police street cameras, as well as the first officers on the scene.

Of the four initial shooters, one was shot dead at the scene and left behind. The other three took off in two (stolen) Dodge Chargers. One gang member drove to a medical center, dumped his wounded comrade, then led police on a car chase ending in a fiery crash. The other Charger turned up nearby, in flames. READ MORE