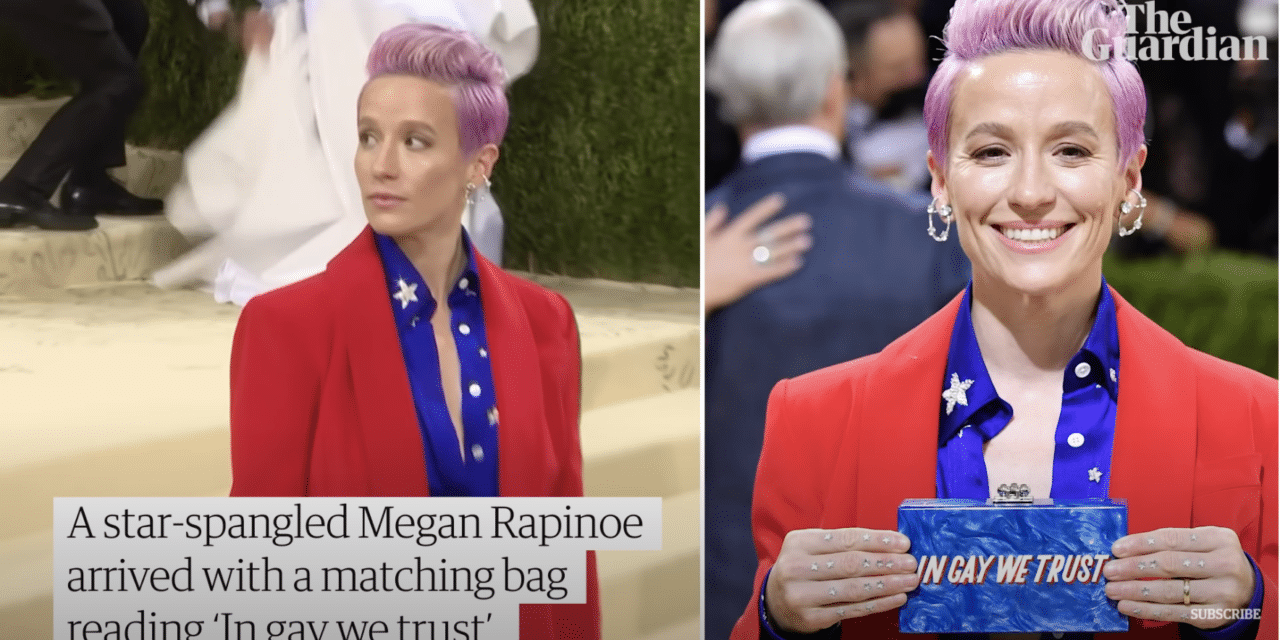 (OPINION) Megan Rapinoe wore a star-spangled red and blue suit with a statement clutch bag to the Met Gala, which took place on Monday evening at the Metropolitan Museum of Art in New York City.

According to Yahoo News, The soccer player’s bright red silk pantsuit was designed by Sergio Hudson, according to The Associated Press, who also designed Michelle Obama’s purple suit for President Joe Biden’s inauguration. Rapinoe wore it with a royal blue blouse that was embroidered with white stars.

Her matching clutch bag read “In Gay We Trust” on one side, a play on “In God We Trust.” The theme of this year’s gala that led to Rapinoe’s interpretation of American identity was “In America: A Lexicon of Fashion” – a celebration of American fashion, as reported by The New York Times in April.

Insider reported that Rapinoe, who plays for the US women’s national team, is openly gay and frequently advocates for LGBT rights within and outside of the sporting arena, as Insider’s Frank Olito previously reported. In July 2019, the athlete discussed her political advocacy with NBC News:

“I think female athletes, in general, are at the forefront of every protest in general because we’re gay, we’re women, we’re women of color, we’re sort of everything all at one time.”   “We’re unfortunately constantly being oppressed in some sort of way. So I feel like us just being athletes, us just being at the pinnacle of our game is kind of a protest in a way and is sort of defiant in and of itself,” she added.