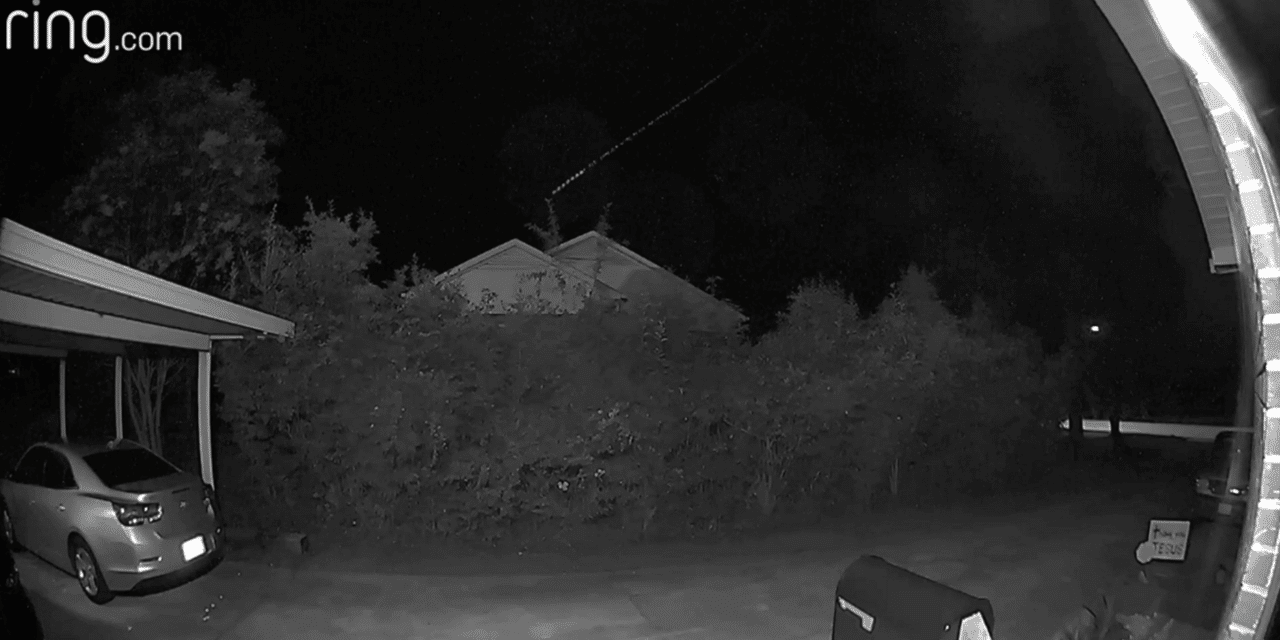 A viewer was watching her parents’ Ring camera when something unknown fluttered past in Anson County. Was it a bug? Was it a firework? Was it a shooting star? Was it a UFO?

According to WBTV, Tereese McNair noticed something strange coming from the sky at the beginning, and near the end, of the video.

“My sister wanted me to see what was coming from the sky, however, never noticed the events afterward regarding the neighbor’s roof and what transformed at the end of the hedges,” McNair said.

“I happened to notice it because I continued to look at the video. We’re still in awe and don’t know what to make of it, however, it is something.” READ MORE