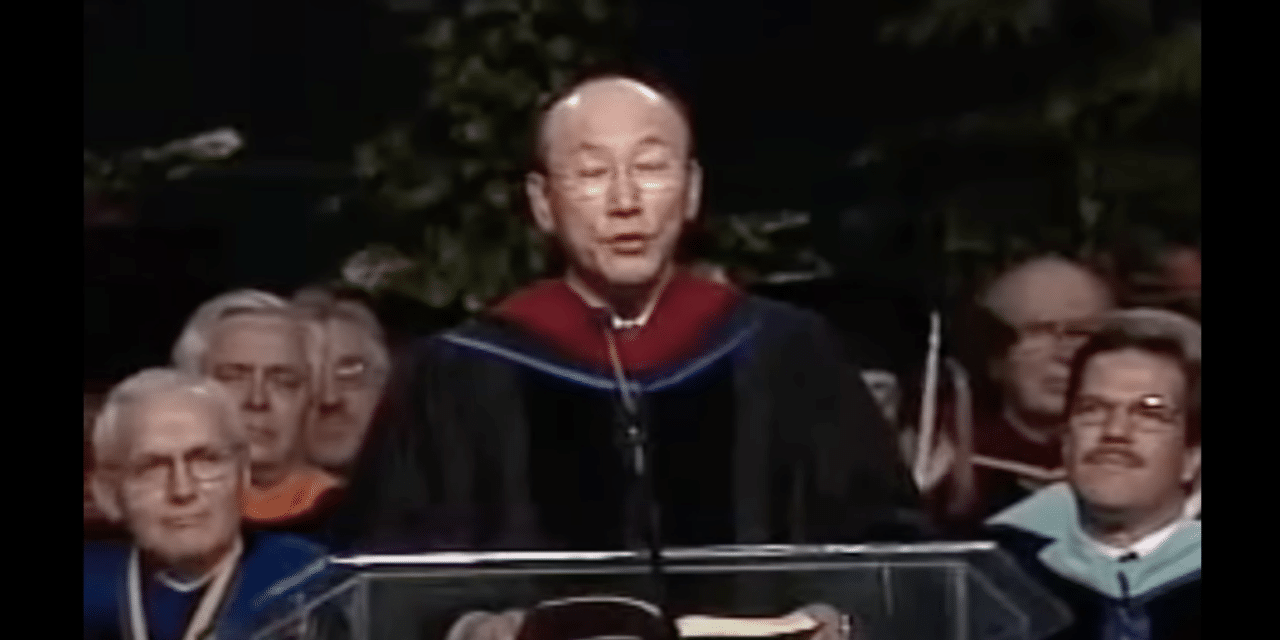 David Yonggi Cho, the pastor of the world’s largest megachurch, died Tuesday morning, his church said in a press release. He was 85. Cho is the founder of Yoido Full Gospel Church in Seoul, South Korea, and spent decades spreading the gospel in that country.

At the time of his death, Cho had been receiving medical treatment for a brain hemorrhage he suffered from in 2020. Cho was born in 1936 to a Buddhist family and lived during the Korean War. He converted to Christianity at 17 when doctors told him he would die from a serious case of tuberculosis. Cho credits God for his “miraculous” recovery from the disease.

“I will never forget God’s blessing and grace over my life, through which He chose me to be His Servant when I was just an insignificant child with lung disease, and He saved me by His grace through the atonement of the Cross of Jesus Christ, so that through prayer I might receive wisdom and preach by the inspiration of the Holy Spirit wherever He placed me,” Cho wrote in a statement on his church’s website.

Cho pursued ministry full time and graduated from Full Gospel College in 1956. Just two years later, he opened a tent church in Seoul, which later turned into Yoido Full Gospel Church. The church grew into one of the most popular megachurches in the world and boasts more than 750,000 members. READ MORE