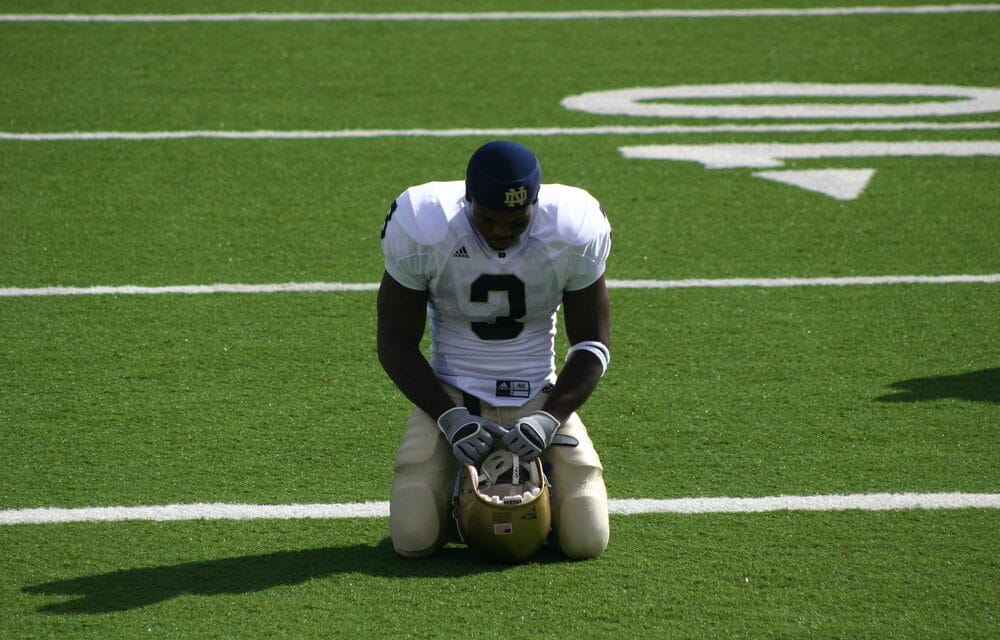 In a tumultuous day for the Navy football coaching staff, offensive assistant Billy Ray Stutzmann says he was fired for not complying with the program’s requirement that all staff members receive a COVID-19 vaccine.

According to Yahoo News, Stutzmann made the announcement on social media Monday, writing that he is “unable to follow the requirements of the Naval Academy’s COVID-19 policy.” He wrote that he applied for a religious exemption to the requirement that wasn’t granted. “After applying for a religious exemption and attempting to further negotiate alternative working arrangements, I was ultimately relieved of my duties here at Navy,” Sutzmann wrote.

“I continue to stand firm in my conviction of faith, but I understand and respect that each individual and institution as a choice on how they wish to manage these issues.” Stutzmann declined to clarify what about his faith prohibits him from taking a vaccine that is proven safe and effective at thwarting the transmission and personal and public health impacts of COVID-19.

Fox News stated: “The Naval Academy Athletic Association policy regarding COVID-19 requires all coaches and staff to be vaccinated against this virus. Based on my religious convictions, and after much thought and prayer, I am unable to follow the requirements of the Naval Academy’s COVID-19 policy, as it had changed these last few months,” his statement read.

Head coach Ken Niumatalolo said shortly after that Stutzmann’s departure was a big loss for the team but he did not comment on his refusal to get vaccinated.

“He’s added a lot to our program,” he said. “Wish him the best of luck, he and his wife Shanelle. Wonderful young man. Got a bright, bright future in this profession.” After a big loss against Air Force over the weekend, longtime offensive coordinator Ivin Jasper was let go but on Monday – following news of Stutzmann’s firing – Niumatalolo announced that Jasper will stay on as the quarterbacks coach.