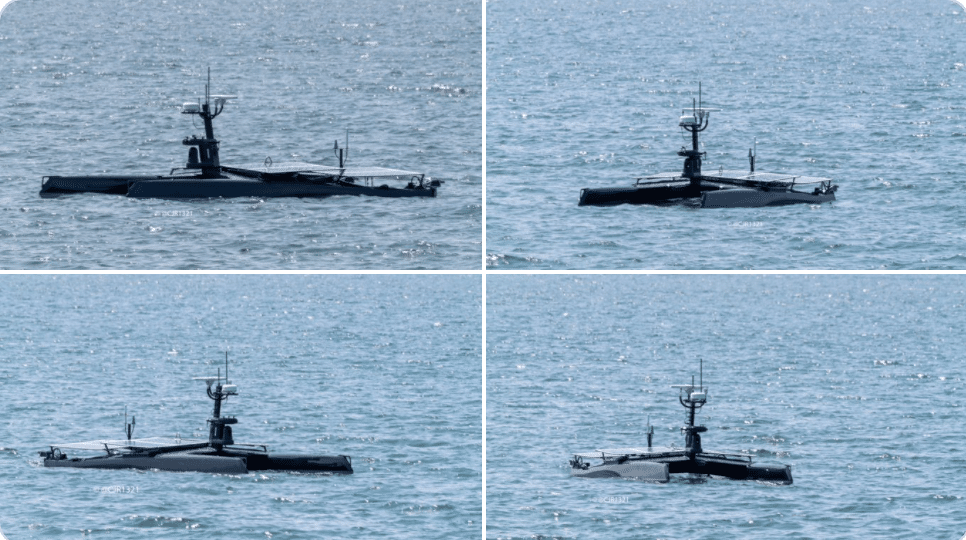 The U.S. Navy is accelerating its unmanned surface vessel initiatives seemingly on all fronts. While much of the latest integration testing of these new concepts, which range from tiny remotely controlled boats to far larger, missile toting,

optionally manned surface vessels, have occurred off of Southern California, some of these capabilities will soon be put to the test in the Middle East as part of a new task force being formed under the 5th Fleet. Still, San Diego will remain the epicenter of the most advanced and cutting-edge testing.

As such, we are bound to see an increasing amount of bizarre-looking vessels with no humans onboard them coming and going from the picturesque bay. That was certainly the case today when a new mystery drone boat was spotted trolling around San Diego’s wharf area and was subsequently photographed by @CJR1321, with those images being posted by our friend @WarshipCam.

USV Catbus (name as shown on MarineTraffic) in San Diego Harbor – experts weigh in please but appears to be a new USN USV – September 13, 2021 #usvcatbus

As @WarshipCam points out in the tweet above, the unmanned surface vehicle in question was dubbed Catbus on MarineTraffic.com. As you can see, the little catamaran includes large solar panels and a host of antennas, radar, as well as what looks like possibly a small FLIR ball mounted in front of its mast.

A flat, puck-like enclosure above the FLIR appears to also include fixed cameras for situational awareness and navigation purposes. Catbus appears to be moored down at the harbor by Cesar Chavez Park, just on the northwestern side of the Coronado bridge. READ MORE