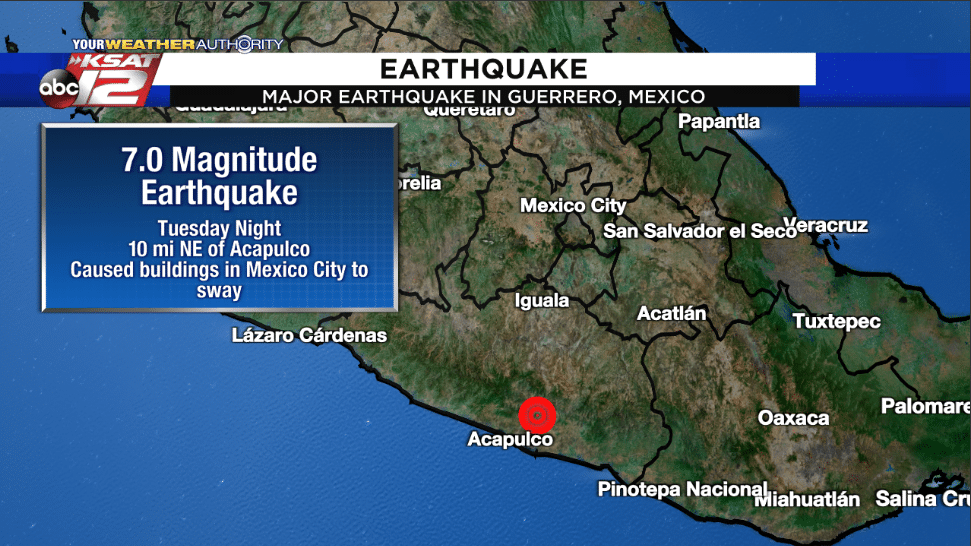 A rare natural light show flashed across the night sky during a powerful earthquake that shook Mexico City and beach resort Acapulco late on Tuesday, adding to a sense of doom as startled residents rushed into the streets.

According to Reuters, Twitter users posted dozens of videos of the phenomenon, prompting a trend under the tag Apocalipsis, which is Spanish for Apocalypse, the biblical term used to denote the end of the world. The 7.0 magnitude quake, which hit 11 miles (17.7 km) northeast of Acapulco in southwestern Guerrero state killed one man and damaged buildings in the holiday getaway but did not appear to cause widespread destruction, authorities said in initial reports.

There were no reports of significant damage in Mexico City. USN reported that in footage from Acapulco, the flashes start shortly after the ground starts shaking, illuminating previously darkened hills behind the ocean bay and at one point appearing to bathe buildings on the shoreline in bright light.

In Mexico City, panicked residents tried to keep their balance outside an apartment building while the sky flashed blue, white, and pink, another video on social media showed. Strange lights reported during earthquakes around the world are often imbued with religious meaning by those who witness them.

There is little scientific consensus on what causes the luminosity, or even if it is a real phenomenon. Theories for what researchers call Earthquake Lights (EQL) include friction between moving rocks creating electrical activity. Similar lights were reported by some people during a destructive quake in Mexico in 2017. Skeptics say witnesses may be seeing more mundane lightning.