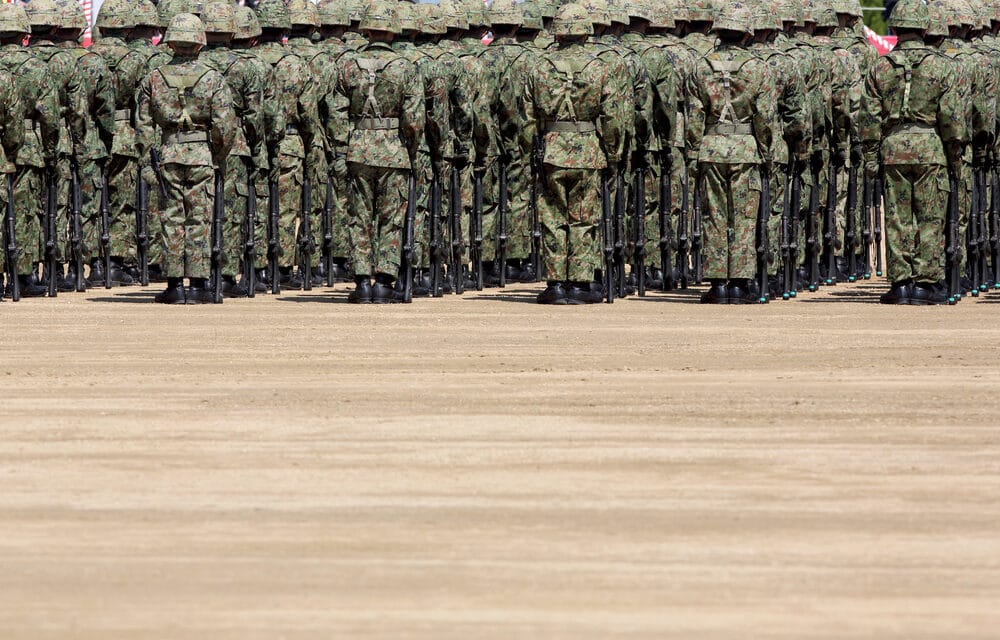 China has claimed Japan is “preparing for war” as it stages its first major military exercise for nearly 30 years. The defense drills stoked already rising tensions between the neighbors as a dispute over a chain of strategic islands threatens to escalate into open conflict.

Beijing’s ships and planes have made dozens of incursions this year close to the uninhabited Senkaku islands – known as Diaoyu in China. Now in a surprise move, Tokyo is pushing back at increasing aggression and plans new bases to defend the islands.

It has bought new F-35 jets, converted ships into aircraft carriers, and is building new destroyers and submarines. And this week nationwide exercises involving 100,000 troops from all units of the Japan Ground Self-Defence Force kicked off in a huge show of force.

The drills – also involving 20,000 vehicles, 120 aircraft, and a US troop landing ship – are the first on this scale since 1993. According to Japanese media, the drills are in direct response to “China’s ramped-up regional assertiveness”.

Beijing is reported to be closely watching the exercises and warned any conflict would bring “destructive consequences” to Japan. The state-controlled Global Times quoted “military experts” saying the drills could be a sign Japan is “preparing for war”. READ MORE