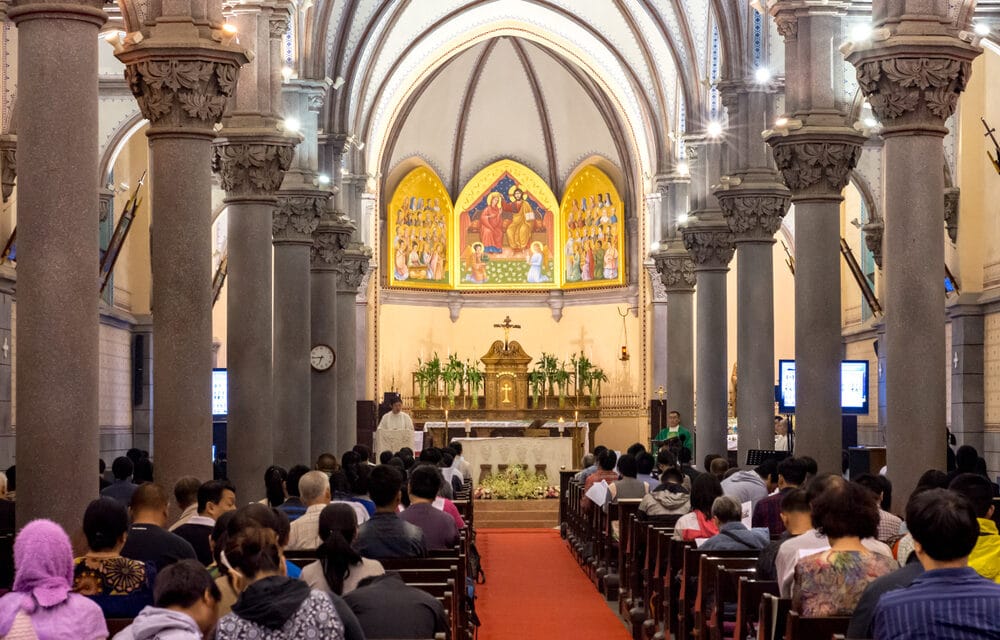 Though Chinese Christians are banned from honoring their own martyrs, they are now required to pray for communist soldiers who died in the war with imperial Japan to “demonstrate the good image of peace-loving Christianity in China.”

According to religious liberty magazine Bitter Winter, the Chinese Communist Party recently issued a new directive requiring state-sponsored churches to pray for soldiers of the Red Army who died during the resistance war against Japanese occupation forces.

The directive was reportedly sent to all churches that are part of the government-controlled Protestant Three-Self Church. In part, the directive orders churches to “organize peace prayer worship activities to commemorate the 76th anniversary of the victory of the Chinese People’s War of Resistance against Japanese Aggression and the World Anti-Fascist War around Sept. 3, according to the actual situation.”

It adds: “Local churches and congregations may, according to the actual local situation, carry out relevant peace prayer activities in a small and decentralized form, in line with the local requirements for prevention and control of the new COVID epidemic, to further promote the fine tradition of patriotism and love of religion and to demonstrate the good image of peace-loving Christianity in China.”

Churches are further “required to submit evidence of the relevant activities (text, video and photo materials) to the Media Ministry Department of the China Christian Council by September 10” or face consequences, according to Bitter Winter. In August, members of the Theological Seminary in Fujian were also invited to attend a celebration to pay tribute to martyrs of what China dubs “People’s War of Resistance Against the Japanese Aggression.” READ MORE