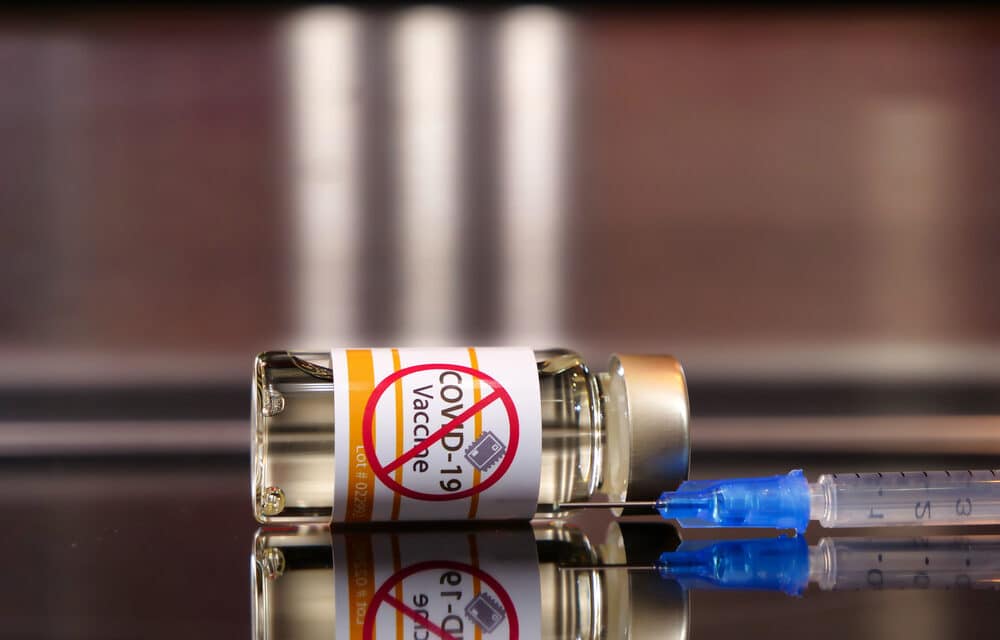 An anti-vax paramilitary group in the UK whose members discussed attacks on COVID-19 vaccine centers has been disbanded after it was exposed by the Mail on Sunday newspaper.

According to MSN News, The group “Veterans 4 Freedom” was founded by a former Royal Marine commando and comprised of more than 200 former servicemen and women opposed to vaccinations, the Mail report said. Members of the group communicated via the encrypting messaging app Telegram, where discussions included the possible targeting of vaccine centers.

One member shared the car registration plates of vaccine center employees. Members of the group claimed it had 16 operational “cells,” a secret leadership command, and discussed the purchase of lethal crossbows, the report said. One member wrote on Telegram:

“If it comes to an insurgency, the military will become enemy combatants and we’ll take them out using dirty tricks. They are identifiable by wearing a uniform. We are not.” After the report was published last week, the group began to disband, the Mail reported. Some members of the group have formed a new one called the “Global Veterans Alliance,” the report said.

The group’s leader, who used the name Bellzaac, posted on Telegram: “I’ve had to pull the plug on the movement/organization. Basically, we were a peaceful group and have been labeled with being something we are not. We wanted to do this legally & lawfully.”

One senior member said: ‘If it comes to an insurgency, the military will become enemy combatants and we’ll take them out using dirty tricks. They are identifiable by wearing a uniform. We are not.’ Another V4F leader, who uses the name Bellzaac on Telegram, stresses publicly that the group only advocates ‘legal forms of protest and resistance’, but he is less circumspect when addressing the group on the app.

‘We are f****** cavalry,’ he wrote in one message. ‘No one else is going to do what needs to be done when it gets messy. We know it’s going to happen, it’s not a matter of if.’ Another said of the September 8 march: ‘We have to look military and the part, proud protectors of our oaths. This does not mean that in the future we need the same approach.’