A Mysterious flying winged aircraft was just photographed over the Philippines 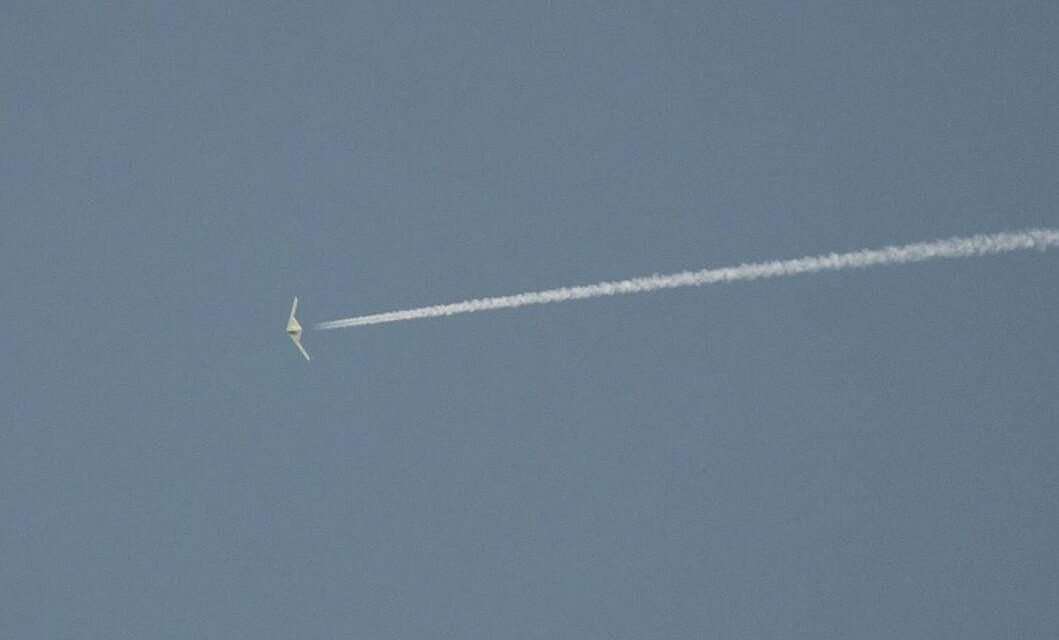 (ETH) – The Philippines sits between the South China Sea and the Philippine Sea, two contentious and highly surveilled bodies of water that regularly see large amounts of military activity, especially Chinese and American.

All types of military aircraft constantly frequent the skies above both seas, from bombers to drones, but on September 2nd, at around 6:15 AM local time, landscape photographer Michael Fugnit captured something very unique in his lens—what appears to be a stealthy flying wing aircraft with a diamond-shaped fuselage and slender wings, a centralized exhaust, potentially featuring twin engines, and a ventral fuselage bulge.

Fugnit tells The War Zone that he was up early in Santa Magdalena to catch the perfect sunrise when he noticed an aircraft overhead moving along at a good clip. The single image he took showed something that is unlike any normal commercial or military aircraft that usually criss-cross the skies over the region on a daily basis.

We must state that we cannot authenticate the image at this time, although we gave it a cursory examination in photoshop and nothing major stood out. We do not have any reason to believe the photographer fabricated it, either, although it is only prudent to underscore that the factual status of the photograph could change. We will continue to examine the image using various tools and are reaching out to other photo experts to give us their opinion. READ MORE