Washington Monument struck by lightning shutting it down. 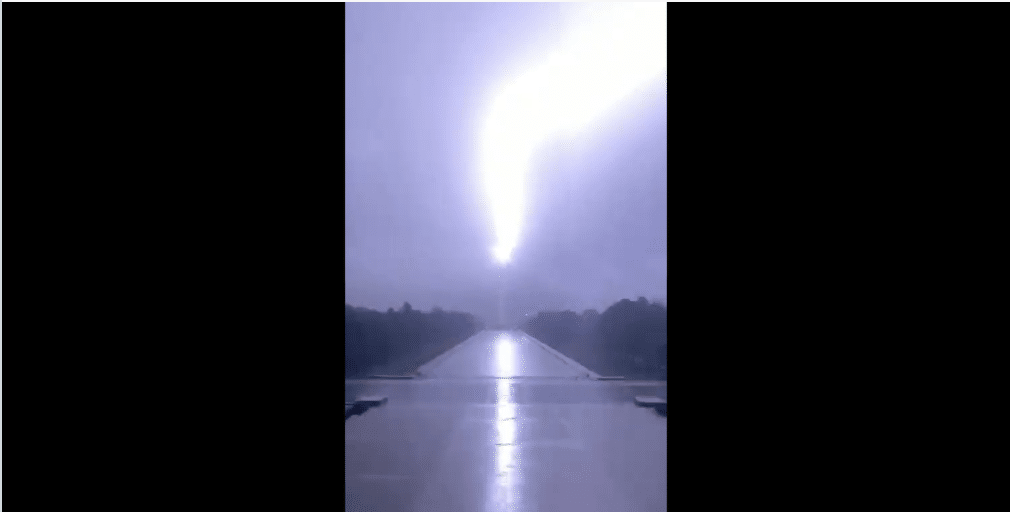 ETH – The Washington Monument was just struck by lightning and has been closed Monday for repairs, according to the National Mall National Park Service (NPS).

The Daily Caller is reporting that the monument was struck by lightning during storms Sunday morning, which caused damage to the electronic access system, the National Mall NPS tweeted. “The technicians are on-site as I write this; we should know more when they’re finished,” Mike Litterst, chief of communications for the National Mall and Memorial Parks.

UPDATE: The Washington Monument will be closed today as we repair damage to the electronic access system caused by Sunday morning’s lightning strike. #WashingtonDC https://t.co/HD6U35C66n

Following a 2011 earthquake that struck Washington, the monument suffered damages, which a billionaire philanthropist donated $7.5 million in 2016 to fix. The monument reopened on Sept. 19 2019 following a 37-month, $10.7 million renovation.