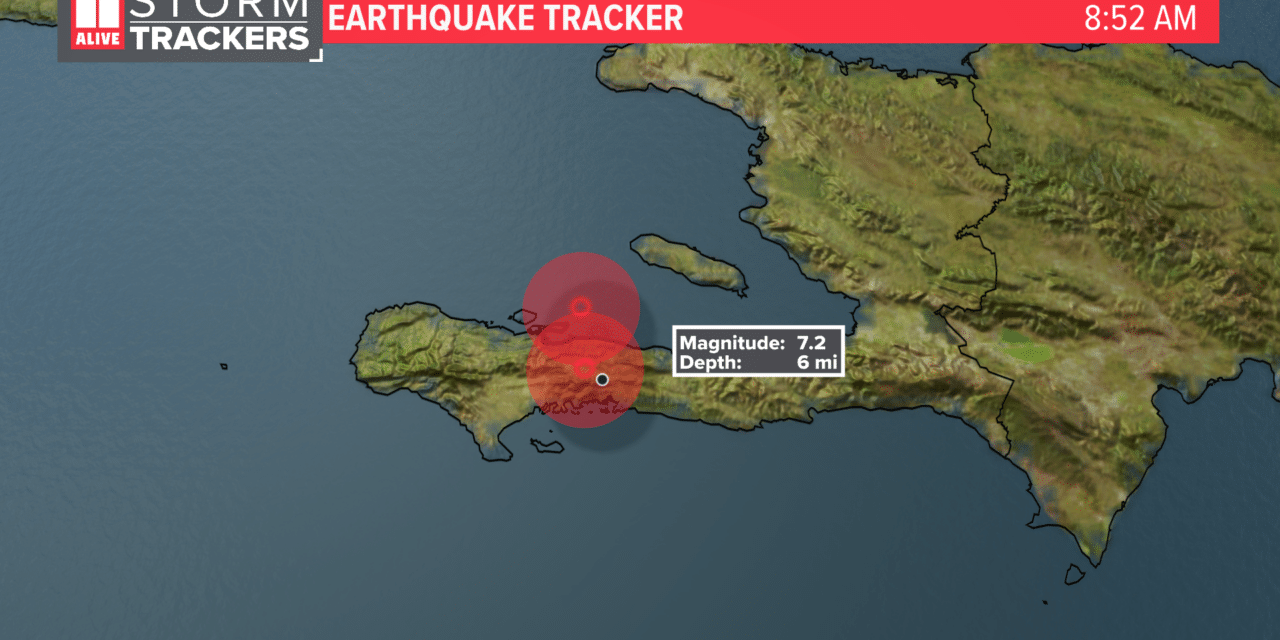 (ETH) – The death toll from a 7.2-magnitude earthquake in Haiti climbed to 1,297 on Sunday, a day after the powerful temblor turned thousands of structures into rubble and set off frantic rescue efforts ahead of a potential deluge from an approaching storm.

According to the Associated Press, Saturday’s earthquake also left at least 5,700 people injured in the Caribbean nation, with thousands more displaced from their destroyed or damaged homes. Survivors in some areas were forced to wait out in the open amid oppressive heat for help from overloaded hospitals.

The devastation could soon worsen with the coming of Tropical Depression Grace, which is predicted to reach Haiti on Monday night. The U.S. National Hurricane Center warned that although Grace had weakened from tropical storm strength Sunday, it still posed a threat to bring heavy rain, flooding, and landslides.

According to The Sun, USGS has estimated “thousands of fatalities” and “tens of thousands of injuries in poor mountainous communities.” “High casualties are probable and the disaster is likely widespread,” a statement from the agency released around an hour after the quake said. “Past events with this alert level have required a national or international level response.” So far 29 people have been confirmed dead, according to AFP.

Jerry Chandler, Haiti’s director of civil protection, confirmed deaths had occurred but said he doesn’t “yet have an exact toll”, adding that officials are “still collecting information.” Reuters reported that the country is still recovering from a magnitude 7 earthquake closer to the capital 11 years ago that killed tens if not hundreds of thousands of people and flattened swathes of buildings, leaving many homeless.

“Everyone is really afraid. It’s been years since such a big earthquake,” said Daniel Ross, a resident in the eastern Cuban city of Guantanamo, adding that his home stood firm but the furniture shook. The U.S. Tsunami Warning System said there was no tsunami warning after the quake.

According to a report from Mirror, Video clips and photos shared online in the aftermath show severe damage to buildings in the city of Jeremie, about 125 miles west of the capital Port-au-Prince, with rubble falling into the streets and crushing cars. Footage also showed homes and part of a church reduced to rubble.

Another video showed a scene of chaos in Les Cayes, where a building had collapsed into a street and residents’ panicked screams filled the air, while a clip from Port Salut showed a collapsed church. The general hospital in Les Cayes was “overwhelmed” with “lots of injured” people after “many” houses and a hotel collapsed, Haiti Libre reported.