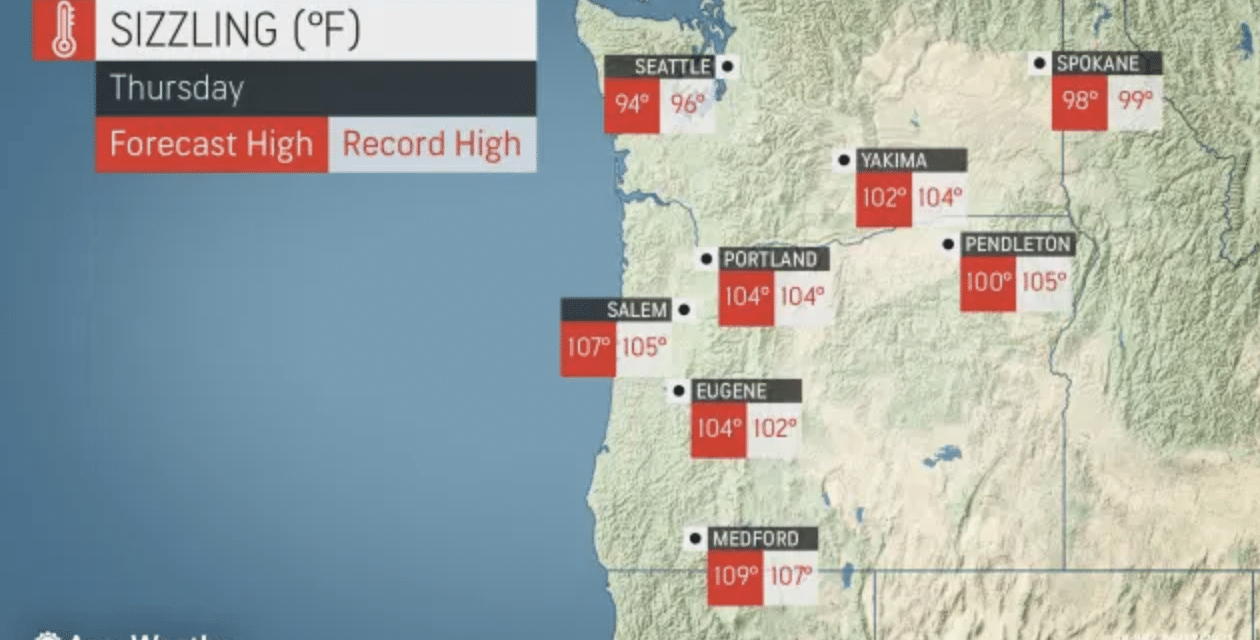 (ETH) – Punishing heat waves are roasting the Pacific Northwest and the central and eastern United States simultaneously, placing more than half of the Lower 48 states under alerts from the National Weather Service.

The Washington Post reports that excessive heat warnings or heat advisories are in place for nearly 175 million Americans, and some of these alerts will remain in effect until the weekend.

The most intense heat is set to roast the Pacific Northwest, which has already endured several blasts of abnormally high temperatures this summer, including the “unprecedented” event in late June when temperatures in Portland, Ore., soared to 116 degrees and Seattle hit 108, both all-time highs. 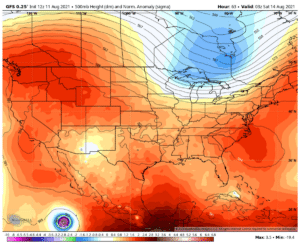 Portland and Seattle are again under an excessive heat warning, which covers much of western Oregon and Washington state. It also extends into parts of Northern California, home to the Dixie Fire, the state’s second-largest blaze on record.

In the central and eastern United States, a sprawling area of heat advisories covers the zone from eastern Texas to southeastern Michigan and large parts of the Mid-Atlantic and Northeast along the Interstate 95 corridor and parts of the interior New England.

The Associated Press reported that people began coming into a 24-hour cooling center in north Portland before it opened Wednesday. The first few people in were experiencing homelessness, a population vulnerable to extreme heat.

Among them was December Snedecor, who slept two nights in the same center in June when temperatures reached 116 F (47 C). She said she planned to sleep there again this week because the heat in her tent was unbearable. “I poured water over myself a lot. It was up in the teens, hundred-and-something heat. It made me dizzy.

It was not good,” Snedecor said of the June heat. “I’ve just got to stay cool. I don’t want to die.” Oregon Gov. Kate Brown has declared a state of emergency and activated an emergency operations center, citing the potential for disruptions to the power grid and transportation.

Besides opening cooling centers, city and county governments are extending public library hours and waiving bus fare for those headed to cooling centers. A 24-hour statewide helpline will direct callers to the nearest cooling shelter and offer safety tips.

Accuweather reported that Seattle already has had three days with high temperatures of 100 or higher this summer, which is a new yearly record for the city, according to the NWS. If Seattle records another day of 95 degrees or higher, it will tie the record of four from 1977. In Portland, the city has also recorded four days of 100 or higher this summer. The current record for most 100-degree days in a year for the city is five from 1977.