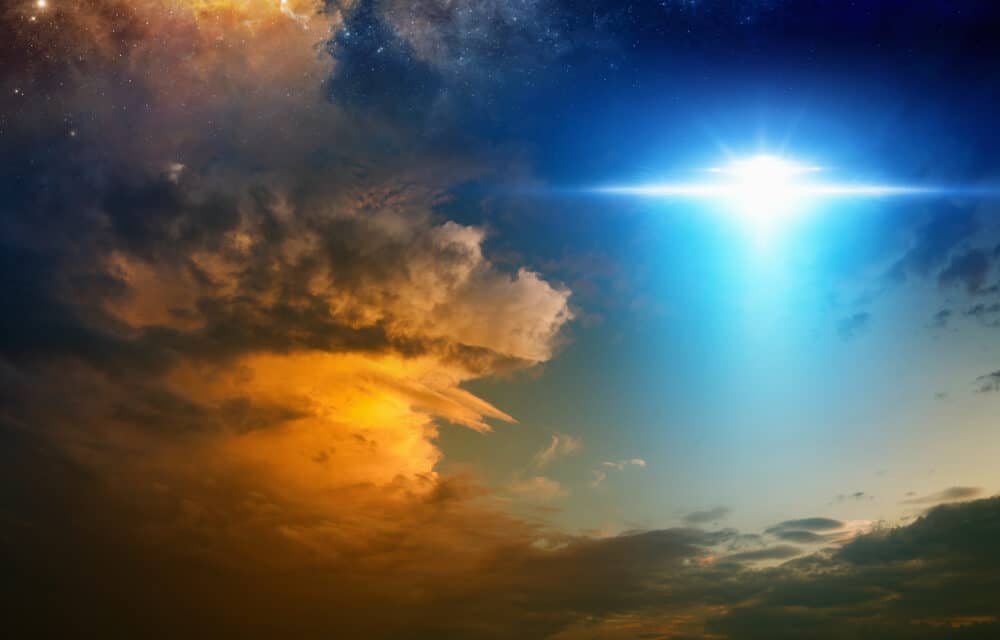 (ETH) – Two planes have reported seeing a “bright green flying object” disappear into the clouds. Pilots of one commercial and one military aircraft spotted the unidentified object on July 30.

According to Express, The sightings happened over the Gulf of Saint Lawrence on the Atlantic coast of Canada, according to Vice News. A report into the mysterious incidents was filed on August 11 to the Canadian government’s aviation incident database. The pilots claimed to have sighted a “bright green flying object” which “flew into a cloud, then disappeared.”

The report highlighted that neither flight operation was affected. The commercial aircraft was a KLM Royal Dutch Airlines plane traveling from Boston to Amsterdam. The military aircraft belonged to the Royal Canadian Air Force and was flying from an Ontario base to Cologne, Germany. Live Science stated:

There’s a chance the UFO could have been a meteor streaking through the sky. “Yes I know [the UFO sighting] would have been at the early stage of the Perseid meteor shower,” Watkins added, “but don’t be a buzzkill.” (The Canadian aviation report tagged the incident with the catch-all label, “weather balloon, meteor, rocket, UFO,” not ruling out a space rock as the possible culprit.)

Unlike the U.S. defense department, Canada’s Department of National Defense does not track UFO sightings, a department spokesperson told Vice. Still, there is no shortage of civilian enthusiasts north of the border; in December 2019, a private collector donated more than 30,000 UFO-related documents to the University of Manitoba in Winnipeg — including scores of documents on the Falcon Lake incident, Canada’s most infamous UFO case, Live Science previously reported.