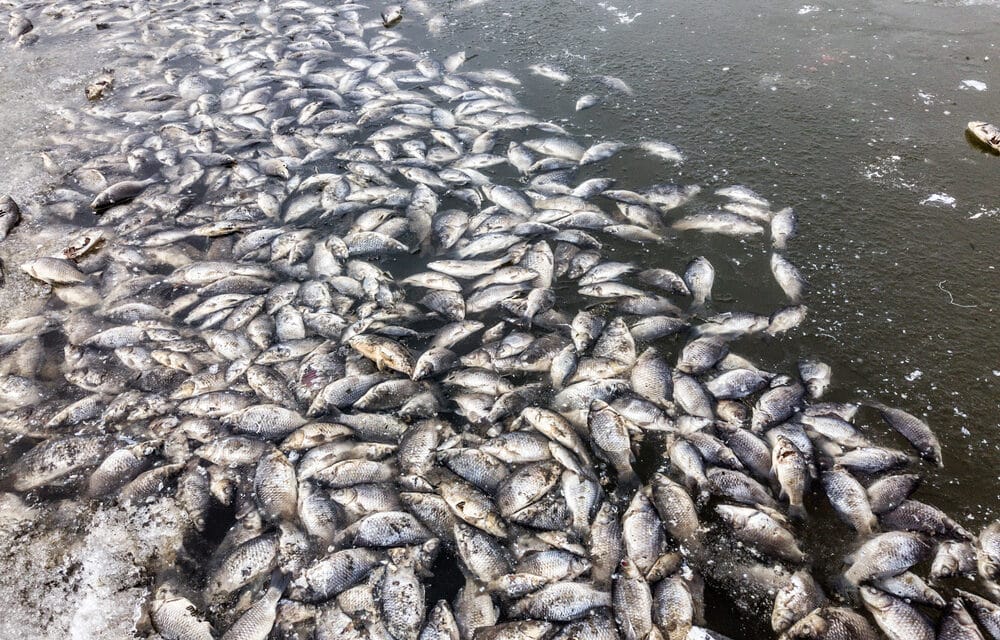 (ETH) – Hundreds of tons of dead marine life have washed ashore and wafted a putrid stench along Florida’s beaches in recent weeks amid a toxic red tide bloom spreading in its waters.

According to The Guardian, Thomas Patarek lives just a half-mile away from the waterway. “When I walk my dog in the morning, I can smell the dead fish,” he told the Guardian. “I can feel the red tide in my throat.” While red tides occur naturally in the Gulf of Mexico, experts feared a large bloom was imminent after a toxic breach at the Piney Point phosphate plant in late May.

In order to prevent a devastating collapse of the site’s reservoir – which held some 480 million gallons of wastewater – state officials pumped wastewater out of the reservoir and into storage containers and a local seaport, according to the Tampa Bay Times. On Thursday, the state’s environmental agency filed a lawsuit against the former phosphate mining facility’s owner over the breach.

“Today, the department took a pivotal step to ensure this is the final chapter for the Piney Point site,” according to a statement by the agency’s secretary. According to VOX, In the past three weeks, more than 1,700 tons of dead fish and other marine organisms and debris have washed ashore along beaches near Tampa Bay.

They were killed by an overgrowth of toxic algae, known as red tide, that came inland earlier this summer. While algal blooms are a natural phenomenon in southwest Florida — and across much of the world — they’re typically not this severe. The algae have not only killed untold thousands of fish and more than a dozen manatees but also sickened some beachgoers, who can experience respiratory issues when the toxins become airborne.

Now scientists are racing to determine what makes a year particularly bad for red tides — and whether they’re becoming more common. The last major red tide was just three years ago, when then-Gov. Rick Scott declared a state of emergency, as Vox’s Brian Resnick previously reported. The state’s current governor, Ron DeSantis, has rebuffed calls from environmental groups to declare a state of emergency for this year’s red tide.