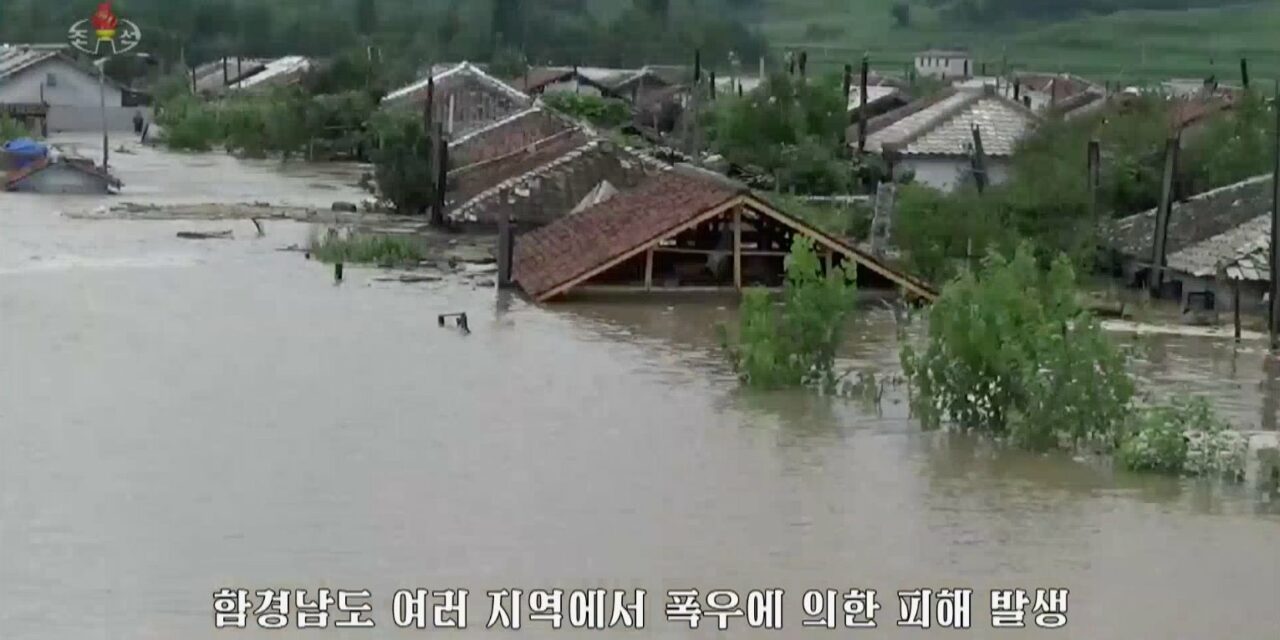 (ETH) – North Korean leader Kim Jong-un has called on the military to carry out relief work in areas recently hit by heavy rains according to a report from BBC News.

We revealed extensive flood damage in North Korea using satellite imagery on Weds, now KCTV admits it with video of the broken bridges, destroyed homes and fields in the same exact areas

More than 1,000 homes were damaged and about 5,000 people evacuated after the ensuing flooding, state television reported earlier this week. The move comes amid concerns over an economic crisis and food shortages. Agricultural land has been damaged, and Kim Jong-un said in June the country faced a “tense” food situation.

He said at the time the agricultural sector had failed to meet its grain targets due to typhoons last year, which caused flooding, and that much would depend on this year’s harvest. A report from floodlist, stated that over 20 people died and thousands of homes were damaged by floods in the country in August last year. Dozens of people died in floods in September 2016 and again in September 2018.