SIGNS IN THE HEAVENS: The Sun may soon release a CME to earth in coming days and an asteroid twice as big as Empire State building to fly by Earth in Sept 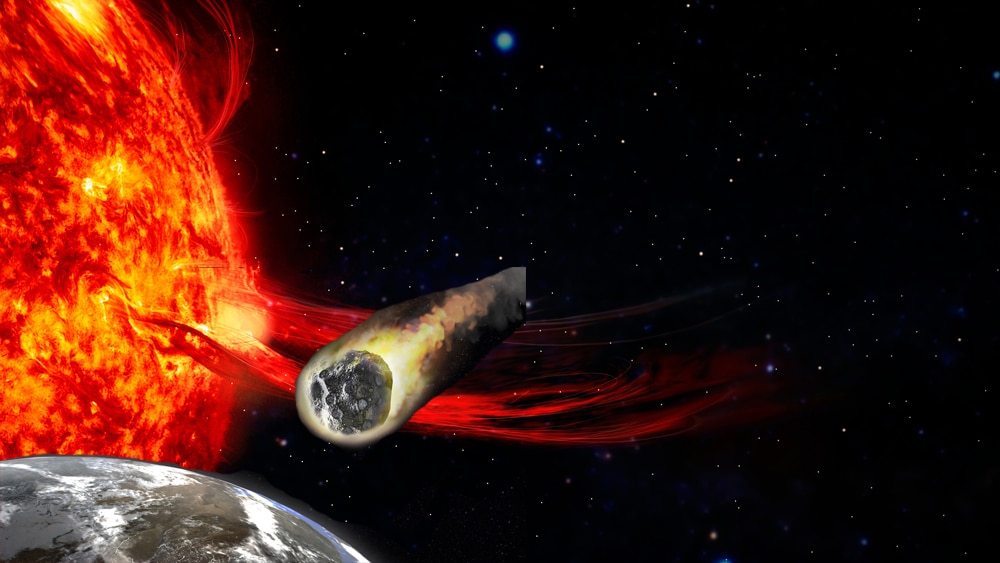 (OPINION) ETH – A sunspot officially called AR2859, erupted in a magnificent blast Tuesday. According to CHRON, the solar activity is part of a days-long event that could bring what’s called “coronal mass ejection” hurling towards the planet.

Coronal mass ejection, CME for short, is a mix of plasma and magnetic field released as pressure builds up around sun spots. Astronomers around the globe took notice, as they do with any kind of activity on the surface of the sun. Scientists in the United Kingdom reported that it’s still too early to tell if Tuesday’s flare-up will reach Earth.

However, CME from a flare earlier in the week will likely reach Earth near Aug. 27. When CME hits the Earth, it can trigger geomagnetic storms. Meanwhile, A large asteroid over twice the size of New York’s Empire State Building is set to fly past the Earth in early September.

According to the Jerusalem Post, the space rock known as 2010 RJ53, the asteroid has a diameter of approximately 774 meters (2,539.37 feet), and is set to fly past the planet on September 9, according to the NASA Jet Propulsion Laboratory’s asteroid database browser.

On Sunday, the asteroid 2021 PT will pass by the Earth at a distance of approximately 4.9 million kilometers. While not as large as 2010 RJ53, 2021 PT still stands at around 137 meters in diameter, making it larger than an American football field, and taller than the Statue of Liberty.