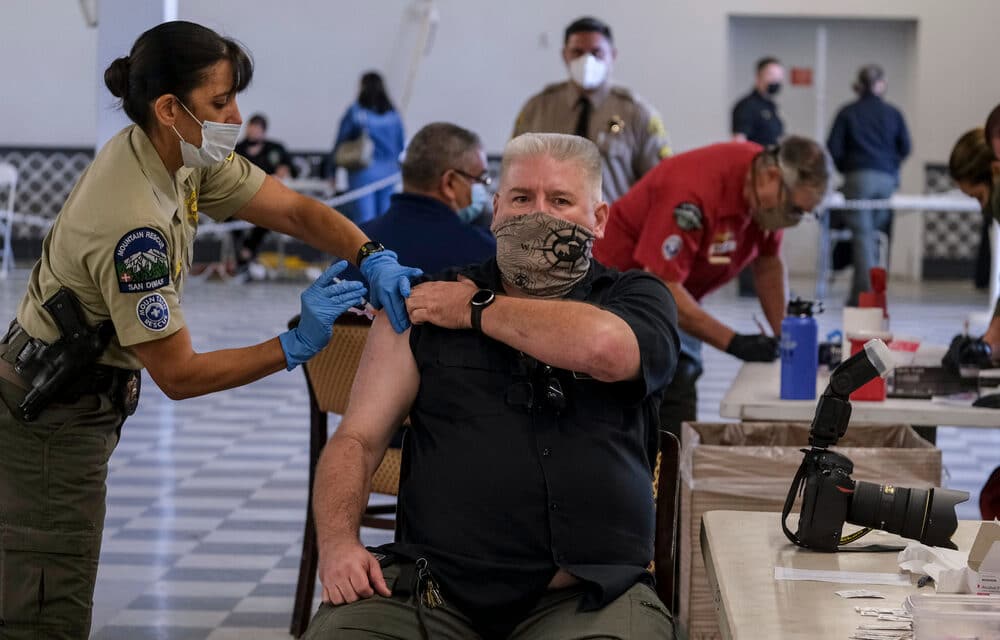 (ETH) – The union representing San Francisco sheriff’s deputies warned Friday a number of its officers will quit or retire early if they are forced to get a COVID-19 vaccine according to a report from KTLA5 News.

Under a mandate issued last month, city employees who work in the jails or other high-risk settings are required to be vaccinated by Sept. 15 or risk losing their jobs. The San Francisco Deputy Sheriffs’ Association said on its Facebook page Friday that about 160 of 600 sheriff employees are rejecting the vaccine due to religious or other beliefs, and would rather wear masks or test weekly.

According to The New York Post, There are religious and medical exemptions for the mandate, however, those without exemptions who still refuse to get inoculated will face “repercussions [that] go all the way up to termination,” said Mawuli Tugbenyoh, chief of policy for the city’s Department of Human Resources.

The San Diego Deputy Sheriff’s Association said on its Facebook page that the ultimatum would force officers from the already short-staffed agency to retire early or move on — something it warned the city “cannot afford.”

“If deputy sheriffs are forced to vaccinate a percentage of them will retire early or seek employment elsewhere,” the statement said. Staffing levels at the department are already low, and losing more deputy sheriffs or any first responders would “affect public safety even more,” the union said.