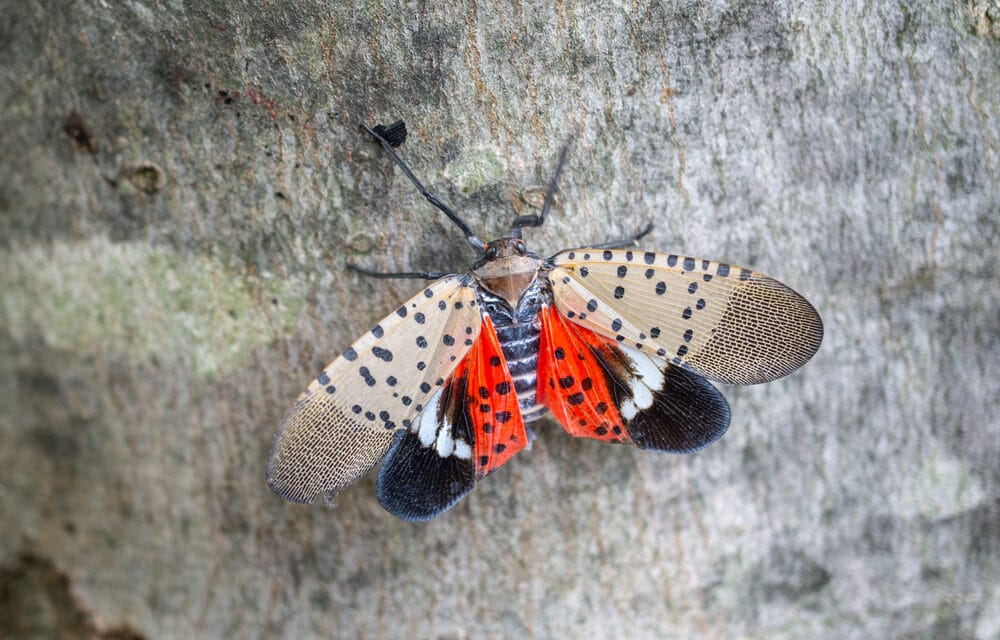 (ETH) – There’s a new bug invading the eastern U.S. The spotted lanternfly has been seen in New Jersey, New York, Pennsylvania, and Indiana.

According to Fox News, Rhode Island discovered the state’s first specimen at the beginning of the month, state environmental officials said. The winged pest, also known as Lycorma delicatula, is native to China. It was first detected in Pennsylvania in 2014 but appeared to have already been present for two to three years prior, according to the USDA National Invasive Species Information Center.

It has also been found in Delaware, Maryland, Connecticut, and Virginia, according to the New York State Department of Environmental Conservation (DEC). The spotted lanternfly appears as big as a butterfly but with a moth-like appearance.

The Pennsylvania Department of Agriculture states that an adult is approximately 1 inch long and half an inch wide at rest, with tan, semi-transparent forewings, black spots, patches of red and black and a white band, and yellow and black abdomen.

The spotted lanternfly’s immature stages are black with white spots, and they develop the red patches as they mature. Adults appear starting in July and in the fall adults lay 30 to 50 1-inch-long egg masses on tree trunks, firewood, rocks, and vehicles. READ MORE