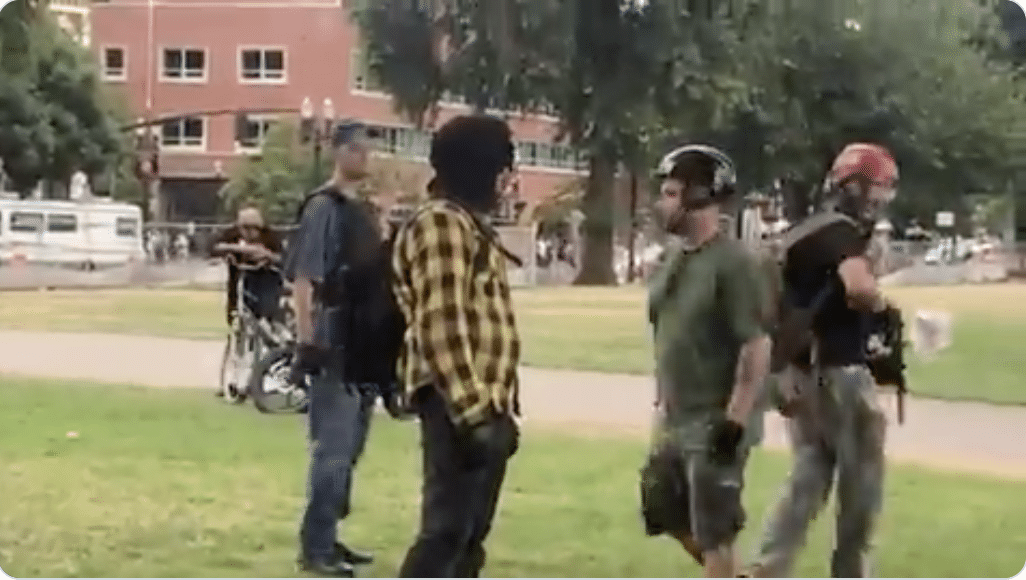 (ETH) – Videos from Portland showed a crowd of demonstrators violently shut down an event where Christians gathered to pray on the waterfront – before another clash, Saturday afternoon involved Antifascists and alleged Proud Boys members throwing projectiles at each other on a city street.

The @PortlandPolice confirm they made no arrests over the antifa attack and "had no interaction with either group today." https://t.co/OsKJY7bPh8

According to Fox News, Police officers did not intervene in either confrontation – besides a squad car sounding its siren just feet away. The first instance of violence happened Saturday at an open-air event planned at Tom McCall Waterfront Park near the Battleship Oregon Memorial to be hosted by Artur Pawlowski, a traveling preacher who’s been arrested in Canada for holding in-person worship services in violation of coronavirus restrictions.

Several Antifa Twitter accounts tweeted about the planned event, the Post Millennial reported, and videos posted online showed that a crowd of demonstrators dressed in black bloc attire showed up at the waterfront to confront worshippers. According to Yahoo News, Proud Boys wearing their signature black and yellow colors and PB insignia then marched to their announced gathering point in response, armed with paintball guns, batons, and other weapons, The Portland Tribune said.