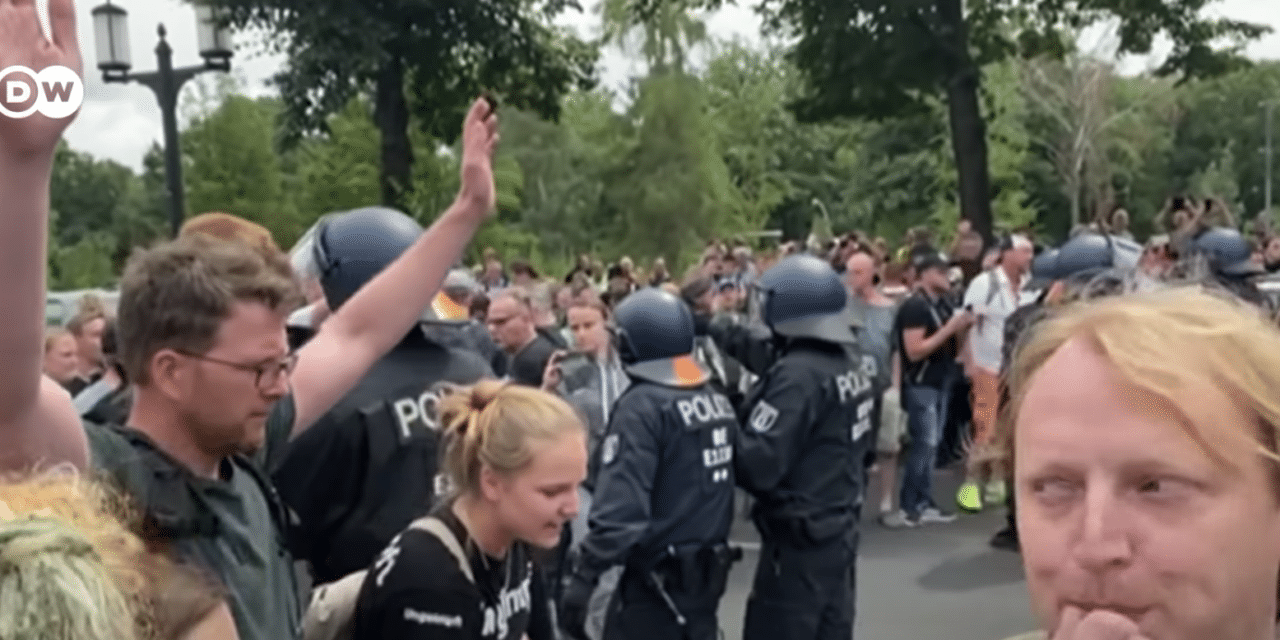 (ETH) – Protests are breaking out across the globe over new COVID lockdowns and mandates being enforced by governments. According to Reuters, thousands of people protested France’s special virus pass with marches through Paris and other French cities on Saturday. Most demonstrations were peaceful, but sporadic clashes with riot police marked protests in the French capital.

Some 3,000 security forces deployed around Paris for a third weekend of protests against the pass that will be needed soon to enter restaurants and other places. Police took up posts along the Champs-Elysees to guard against an invasion of the famed avenue.

With virus infections spiking and hospitalizations rising, French lawmakers have passed a bill requiring the pass in most places as of Aug. 9. Polls show a majority of the French support the pass, but some are adamantly opposed.

The pass requires a vaccination or a quick negative test or proof of a recent recovery from COVID-19 and mandates vaccine shots for all health care workers by mid-September. Across the Alps, thousands of anti-vaccine pass demonstrators marched in Italian cities including Rome, Milan, and Naples for the second consecutive week.

Meanwhile, Thousands turned out in Berlin as well on Sunday to protest the German government’s anti-coronavirus measures despite a ban on the gatherings, leading to clashes with police and the detention of some 600 protesters. Reuters reported that local authorities had banned several different protests this weekend, including one from the Stuttgart-based Querdenker movement, but protesters in Berlin defied the ban.

Berlin’s police department deployed more than 2,000 officers to try and disperse the protests, but it said officers who sought to redirect protesters or disband larger groups were “harassed and attacked.”

“They tried to break through the police cordon and pull out our colleagues,” Berlin police said, adding that officers had to use irritants and batons. As the crowds made their way from Berlin’s Charlottenburg neighborhood through Tiergarten park toward the Brandenburg Gate, police warned via loudspeaker that they would use water cannons if protesters did not disperse.

In fact, Tens of thousands of people across several countries, including Italy, have protested against anti-COVID measures, with the French police using tear gas and water cannon to disperse protesters in the capital Paris according to Al Jazeera.

In France, an estimated 160,000 took to the streets in nationwide protests against President Emmanuel Macron’s health pass that will drastically curtail access to restaurants and public spaces for unvaccinated people.

A similar scheme, called “green pass”, has sparked angry demonstrations across Italy. People in Rome, Naples, and Turin chanted “freedom” and “down with the dictatorship” over plans for the so-called “green pass”.

The certificate will be needed from early next month to eat in restaurants and visit cinemas among other indoor activities.
Many people gathered without wearing masks – but the turnout was lower than expected.