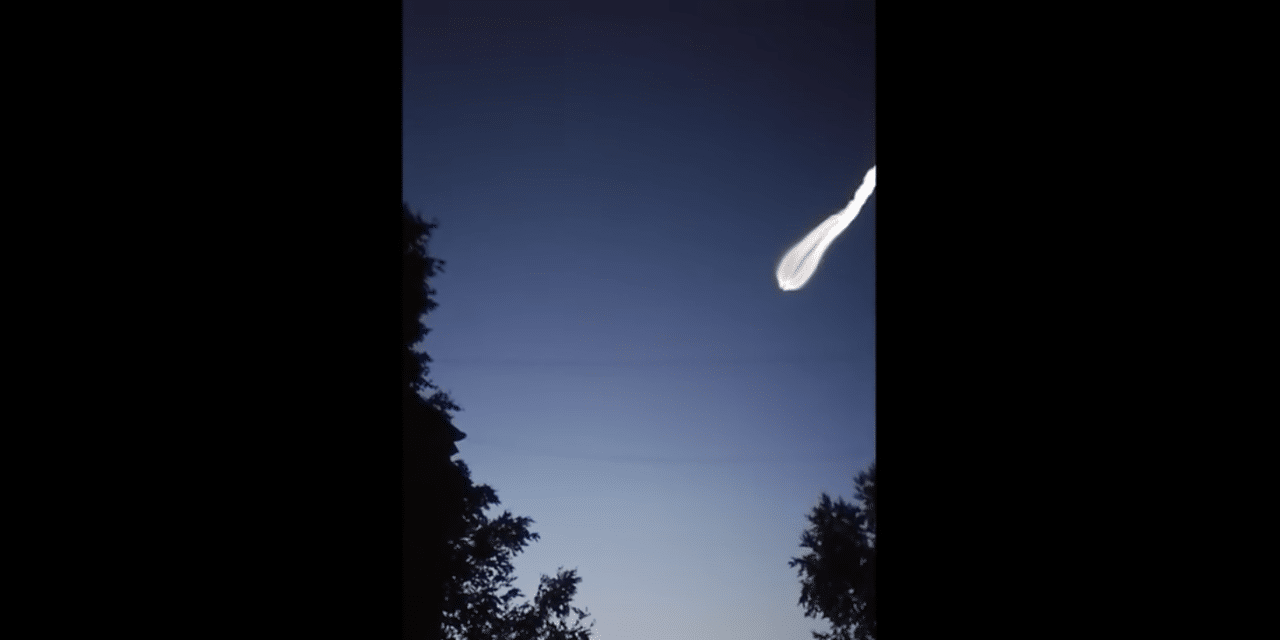 (ETH) – A  mysterious “jellyfish-shaped object” that suddenly appeared in the Earth’s atmosphere has stunned local Russians. Residents in the Amur Oblast region spotted the glowing object flying overhead last month and released a video of it online.

According to a report from TheSun, In the footage, published on YouTube by Viral Hog, the comet-like object can be seen hurtling towards the Earth as stunned onlookers revel in its beauty. A young boy, accompanied by his friends, can be heard calling out in his native Russian as he points towards the starry sky.

He then zooms in to get a closer look at the glowing object – which is spearheaded by a shiny point. In the video’s caption, the user explains: “My friends and I saw the movement of some object in the sky, it looked like a comet, but it flew slowly and we realized that it was some kind of rocket or flying machine.

According to eminetra, The boy pointing at the starry sky can be heard speaking with his friends in his native Russian. Then zoom in and explore the glowing object. This is headed by a shiny point. In the video caption, the user explains: “It exploded a little later, forming a jellyfish-shaped pattern.

I even heard a similar sound in the blast.” Immediately surprised, Stargazer went to the comments section to guess what the object was. Guess included rockets and meteorites. One user speculates that it could be a rocket and writes The second said it could be a re-entry of a satellite that “burns out lithium towards the end.” I just wrote one-third, but “it’s a rocket.” However, some were more creative by answering speculations from UFOs to asteroids, comets, and meteorites.